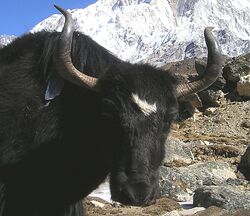 Go away. Not my fault.

The YAK Exclusive Documentation License is a licensing scheme which says nothing in life is free, with severe penalties in case of copyright violation.

It allows up to 5 documents to be printed with a fee of €500 each. After the required immediate payment, the documents must be destroyed within an hour, otherwise a further €1,000 penalty is levied. There is a further €500 charged to witness and prove the destruction of documents. This cleverly applies to electronic media where computers must be destroyed after one hour, with witnesses to that effect. There are no additional charges for electronic media.

Many groups today use YAK licensing. With the introduction of the US Paper Reduction Act of 2012 and the repeal of all laws preceding the Donald Trump administration, The US government is the major user of this license, followed by Monaco and the Republic of the Congo since all have loads of cash that they must use somehow. The adoption of the YAK license was suggested to President Trump by his good friend and consultant Valdimir Putin. Major businesses like Microsoft, Boeing and the Sinaloa cartel also have to burn up major amounts of cash just for the lulz and use YAK licensing.