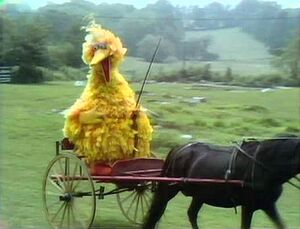 Elton John in full stage costume, begins the first stage of his farewell tour in the West Country.

Bodmin Moor, Wales – After over 80 years in the limelight, singer-songwriter Elton John is calling it a day. 'I've worn out my last piano. This is finally it', he noted. The first leg will include the thrift shops and theatrical supply houses that provided his array of flash costumes over the decades. Sir Elton noted 'Since I stole most of them, it's only fair I return them now'.

'Skeptics say I won't really retire. After all, The Rolling Stones are on their 17th farewell tour and still going strong, if lumbering around a stage and forgetting chords and lyrics is your idea of strong'. Critics note that he would not have retired if his mini-Elton at a mini-piano concept had not be used first by mini-Kiss.