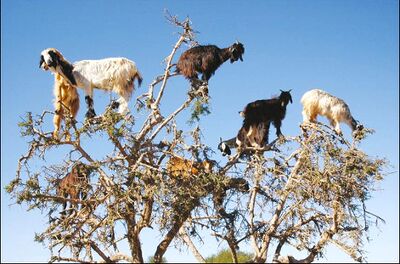 So if it comes from a tree, I can eat it, right?

So what is this thing about becoming a vegan? Yes, we already know about the ones from the star Vega, but what about these folks that go beyond vegetarianism and refuse to eat even animal products like eggs and cheese? So to summarize, chocolate = good, bacon = bad.

Many sources point to the avoidance of meat from the bad experience of being forced to take a picture sitting on the knee of the Foaming Bacon Monster on Bacon Day. Or a fear of fish after seeing a piranha movie after a really bad sushi dinner. Whatever the reason, we know the trend is away from eating meat, ever so slightly. It's already clear the Brits will happily eat beans on toast for days on end. While Buddhists are supposedly vegetarian, only some are true vegans. And while they respect life, they will kill you in a heartbeat for a Big Mac. Plus many hipsters are big on their version of veganism, which is feeding your friends a salad after you've had the triple monster burger from In-N-Out before dinner.

Now ethics and guilt alone would probably make you a vegan. However, except for maybe the Swiss, nobody's taught those concepts so forget that stuff. But all you have to do is see the ranches where your food animals are raised. Don't eat moo cows because they have big sad eyes? Then you need to see all the diseased and dead chickens in one of those ranches, especially the ones with three sad eyes.

In a practical sense, keep in mind we're running out of enough critters to eat. Madly cranking out critters for food is the reason for the poor quality of life for them and the poor quality of protein for us. Now there are substitutes that will make a vegan gag but are now quite good but not cheap. Bugs have been proposed as a new protein source, but it has only been proposed as food for the poor or foodies. Again, it's not been done because bugs aren't cheap, either. Otherwise it's going to be the proverbial Soylent Green for all, definitely not vegan and certainly not kosher/halal. I hear if you spread that stuff thinly on toast, it's really good. I was told this while I was eating a quadruple bacon cheeseburger, so I'll just take their word for it. Maybe I need to go to rehab.