All the stuff on this page has been found in the Vandalpedia/Seemed Like a Good Idea at the Time or the Did You Know sections on the front page. Except this bit.

Yes. The force is with you. Now keep the line moving, we need to tell 50 other people the same thing to make them feel special.

SUCK MY DICK I AM FREE FROM THE WIKI ADMINS LOL 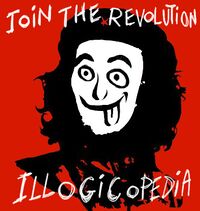 ROBOT MONKEY BUTLERS. Get me them now. 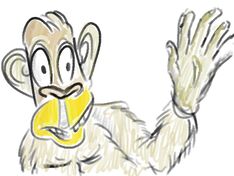 The chimps will take over... soon

Beware of beef-flinging sheep, for they are very lemon-scented!

BATTEN DOWN THE HATCHES! Hurricane Dave is coming.

thanks to sensebibble sonk, we can now declare THAT DONUTS ARE 50% CHEAPER THAN THEY WERE DUE TO GLOBAL GLAZING!

If things exist, why did your '87 Buick Grand National just fly past?

Because I fed it to the cows 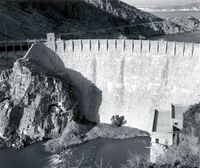 “People think Stephen Hawking is so clever, but when you ask him a question and he is typing in the answer on his little screen, how do we know he isn't just looking up the answer on Illogicopedia?”

Give me Yop, ma mamma, Yop, me mamma, Yop for when the commies come.

Contribute to The "Origins" Series!

What the hell are you doing with that bomb? OH GAWD

Hey everybody, have you seen my balls? They're big an' salty an' brown.

Aha, caught you red handed. Are you red, then? No, but you read me like a book.

“Outer space has turned into butter! Run away, for it will now rain yak pee!”

~ The village idiot of Illogicopedia

Do not press the buttons. Noooo, not that button.. hah! You can't even do that right!

Tis' be a title, yooooo[edit]

Thanks for being an idiotic idiot. Thank me and don't have a spice from my bay-kery.

If you bip the bop, the sip wlil not stop, yooooo!

WLIJLJSLIFHSHFLFHSLHLSH...that was Random Mashing Of The Keyboard with your host, Mr. Kravin Loony. Thank you for watching and have a nice day

My Uncle Pete told me vandalism is bad. Is he a monster raving loony?

Once up on a time, a man walked into his room, curled up in a ball, and exploded.

He was called nothingsomething, but we forget what it was.

you'd think there were better things to do rather than write jibberish i feel rather simpathetic towards myself (and anyone else reading this) 4 making it all the way down here and actually wasting precious energy on it.