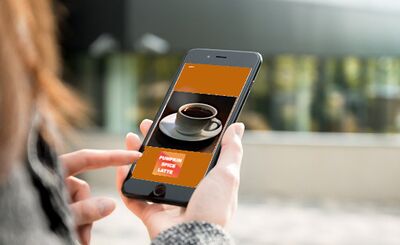 With all the worries about too much caffeine, too much sugar, burned tongues and growing extra noses from artificial sweeteners and creamers, all those daily cups of coffee can make your think twice. We know that's not going to make you stop drinking the stuff, but still. But there is a way to get your daily ten or twelve cups to keep you going so you can make it down the street to buy energy drinks.

No longer will you spill blazing hot coffee in your lap. No longer will you roll up to the office coffemaker only to find nothing made. No longer will you knock over your cup ruining the top secret file that you've been copying to sell to the Russians. Instead, V-Caf is all about getting into your head and pwning you, just like everything else here in The Matrix.

V-Caf works by using the components already in your phone. The vibration motor is tuned so that your taste buds are stimulated to give the taste of one of any of 1,357 different combinations, even though you're going to get a pumpkin spice latte every time. The speaker is tuned to frequencies that produce warmth (or cold) and the smell of coffee plus flavorings. It also gives the caffeine buzz that we all love.

Best of all, this is an app that runs in the background while you dick around on your phone instead of doing some actual work. It's downloadable from the Dark Web and only costs $89 a week, less than half of what you spend of lattes and cappuccinos.