HowTo:Write an Epic for the Illogic Pickle

From Wackypedia
(Redirected from User:Thekillerfruitcake/HowTo:Write an Epic for the Illogic Pickle)
Jump to: navigation, search 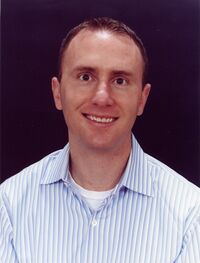 Hi! I'm legendary self-help author Brent McCannon, and I'm here to talk to you about the MAGICAL task of writing an Epic for the Illogic Pickle.

Why would you want to do such a mind-numbing difficult thing?

Why, former Illogic Pickle winner Vladimir Roscoe "Tippytoe" Jackson can tell you himself!

Vladimir! Get in here!

I said get in here!

Where is that guy, anyway? Hold on...

(The scene: Foyer outside Brent's studio. Midge is typing away on a typewriter, as secretaries supposedly do. There's a digital clock on the wall, but it's broken. A repairman is coming later to fix it, but Animal Control needs to get there first to dislodge the parakeet. It is silent except for the confused huffing of Brent)

Where'd my 6 o'clock go? He was supposed to be here.

MIDGE: Oh, Vladimir? Yeah, he just called. He said he's going to be late. He had to do a few errands.

Errands?! This is more important! Call him back, tell him that if he doesn't come in five minutes I'm going to rip up his paycheck! His paycheck, damn him!

MIDGE: What the hell was that for? Why did you just slam me on my nose?

Because you're annoying. Get me coffee. My nerves are starting to unstring. If you need me I'll be at Starbucks.

MIDGE: So do you still want me to make coffee?

Yeah, go kill yourself. Um, I mean knock yourself out. Yeah. Do that. Please. Need a tissue for the bloody nose? I think I see some cartilage leaking, too...

MIDGE: That would be a good idea...

I'll bring back some napkins.

MIDGE: Why did you slam me again?!

What do you mean? I only closed the door behind me. Oh, and the repairmen are here. Tell them that Animal Control didn't come yet, so they better put on their feather handling gloves before they get to work.

MIDGE: Why should I tell them? You're right next to them.

Yeah, well, I don't have a phone and a typewriter, do I? Why do I even keep you on the payroll!

That's it, I'm sick of your shenanigans. You're fired. Mr. Repairman person, you're my new secretary. Take these six quarters, I was going to use them for the meter outside, but today's your lucky day: it's your first paycheck! Now tell your associates to put on their feather handling gloves, because things might get messy.

(The scene: Brooklyn. Out on the street outside the studio. A street musician is playing a hybrid oboe/theremin for some moolah, but his strangely shaped case remains sadly empty of cash. Brent's car is parked in front of the building. A young Caucasian man in a beanie was attempting to borrow the car with a wire hanger, but was startled by Brent, so is now crouched under the vehicle. The wire hanger is starting to chafe in his hands. Guidos and old ladies roam the streets.)

What the hell is that noise? It sounds like a dead babies on a chalkboard. Is that you? Yeah, you, the velvety one with the giant hunk of metal on your lips. I'm talking to you. Do you mind shutting that thing off? My mind's sort of on edge and the last thing I need is one man big band.

Pay you money to shut you up? That's the most ridiculous thing I've ever heard. Nevertheless, can you break a twenty?

MUSICIAN: No, but I'll sell you my instrument for thirty-five.

Good. Enjoy your money while I throw this thing down the conveniently placed open manhole over there. Whoops, my car keys! Gad durned it, they fell into the sewer with the theremin/oboe! That's one annoying plot device. I wonder if hilarity will ensue. 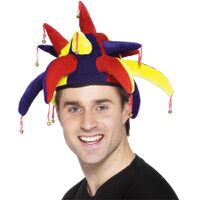 DID SOMEBODY SAY "HILARITY"?!

DENNIS "THE D-DAWG" HILARITY: DID SOMEBODY SAY "HILARITY"?!

Actually, that's a pretty cool slinky you got there. Mind if I buy it?

DENNIS "THE DEVIOUS" HILARITY: Well, I kind of need it... I mean, I can't slink my way home without this slinky. But... how much would you want for it?

Well... I gave all my quarters to the repairman who's now my secretary... I gave thirty five bucks to the theremin/oboe player... I guess that leaves me with... well, nothing, actually. So I guess I'll have to take it from you with force!

And that other guy? Dennis? He was quite a cad, wasn't he? He was all like "Ooooh, don't kill me!" Cads of that type don't come around too often either.

KID: Yeah, I'd say so. If anything, you can say that cad was rare.

Nah, forget it. Yo homes, to Bel-Air!

Whoops. I suppose I should have given him time to get out from under the car. Oh well, what harm is another dead guy anyway? Ha ha! I love being nervous and without remorse. Who knows what I'll do next!

(The scene: The smoldering ruins of a Starbucks. A red Ford is where one of the walls used to be. A high-strung man is seated at the wheel, several more laid back people are lying under the wheel. A surviving customer sighs heavily and phones the repairman. Hmmm. Seems to be busy. I guess he'll call the managers instead. Enter six very angry baristas.)

ANGRY BARISTA THE FIRST: What the heck?

ANGRY BARISTA THE SECOND: Who the flub?

ANGRY BARISTA THE THIRD: When the nuke?

ANGRY BARISTA THE FOURTH: Why the long face?

ANGRY BARISTA THE SIXTH: Shut up, all of you! Now just what the Sam Hell happened here?

SAM HELL: What? What have I got to do with this?

Let me explain... I had this car, you see? It was right over- well, actually, it still is right over there, in the wall. Actually, the wall is more in the car. It's a long story, I don't want to get into it. You might want to wake up the janitor, in my humble opinion. Now if you excuse me...

ANGRY BARISTA THE FIRST: NOT SO FAST!

ANGRY BARISTA THE FOURTH: Yeah, seriously Tim. I expected better of you grammatically.

ANGRY BARISTA THE FIFTH: You ought to be ashamed of yourself, Tim. You even did better on the SATs than me.

Oh guys, that's not cool. The Insurance guy just has to do it, it's his job. It isn't his fault that you aren't selling as many frappachinos as the Coffee House Down the Street. Maybe you should just rethink your management methods.

ANGRY BARISTA THE FIRST: The man has a point.

ANGRY BARISTA THE SECOND: But he still crashed his car into our building

ANGRY BARISTA THE FOURTH: But he has a point, too. They both have points

ANGRY BARISTA THE SIXTH: Shut up, all of you! No, wait, I'm confused too.

Allow me to escape in the confusion, then! Toodles!

Wait. I still don't have coffee. GAAAAAAAH! I'll never unstrung myself at this rate! TO THE AFOREMENTIONED COFFEE HOUSE ACROSS THE STREET!

Fun Times At The Aforementioned Coffee House Across The Street[edit]

{The scene: The Aforementioned Coffee House Across The Street. Dusk is falling. The coffee house is mostly empty except for a lone homosexual guido moping over his lost love in the room's corner. The baristas are shown to be rather torpid and sleepy, having built up a strong immunity to the espresso fumes in the room. This proves to be a lucky thing for our narrator, for there are several shotguns on hand under the registers.)

At last! A non-wrecked espresso bar! You! Mister Barista! Make me a quadruple shot of espresso with extra foam hold the mayo!

MISTER BARISTA: Alright, alright, you don't have to use so many exclamations with me...

Finally! You people are so slow, I don't think I could have waited another second longer

MISTER BARISTA: It's only been half a minute...

That's a whole quarter minute more than you should be paid for! I hope you're not expecting a tip, because you ain't getting one from this guy here, buddy.

MISTER BARISTA: Are you sure you want to drink that, man? I mean... you seem pretty strung up already.

HOLY CRAP, SPINNING HAS NEVER BEEN SO FUN. IT'S LIKE I'M MY OWN ORBITAL. I BET IF I ONLY WENT A LITTLE FASTER I COULD GO INTO PERPETUAL MOTION. THAT'D BE SO FARKING SWEET. WHAT THE HELL. I LOVE THIS.

MISTER BARISTA: Sir, I think it's about time you left. You killed four customers with your centripetal force, after all.

That was satisfying... hey! I'm finally unstrung! This feels just great! Time to head back to the ol' studio-a-roonie!

(The scene: Back at the studio)

REPAIRMAN: What? Who's Midge?

REPAIRMAN: You might as well, I have to go anyway. Some Starbucks downtown said that they have a small drywall problem that needed fixing.

You go do that, my main man. Oh! Vladimir! You decided to come!

VLADIMIR: Sorry chum, I was held up a bit in traffic. Turns out there was a mangled child stuck in the road that needed a bit of scraping off. I wish I could have arrived sooner but-

Yeah yeah whatever, just tell us what it takes to write an Epic for the Illogic Pickle.

VLADIMIR: That's pretty simple, actually. Just close your eyes and type whatever stupid things come to your head for about two hours.

VLADIMIR: By the way, some cops came over about five minutes ago. Something about seventy two counts of murder, or something.

Oh, it must have been my friend Burt. He's always pulling pranks on me like that.

Yeah, yeah whatever. Well folks, how about that. Vladimir Roscoe Jackson, everyone! He's not a new Pickle coming out to stores nationwide this May, pick it up for only 45 Canadian dollars.

DIRECTOR: Um, sorry to tell you this, Brent, but... uh, we were in commercial for this whole time. We're going to have to take it from the top.

But.. I fired my secretary who is nowhere to be found, I killed seventy-two people just to get coffee, I made enemies with six very angry franchise owners, I accidentally started a black hole in a small coffee joint, Vladimir already left and STOLE MY SLINKY TOO!, and... and... I'M ALL STRUNG UP AGAIN!

DIRECTOR: I'm sorry, but there's nothing we can do about it. There was a 15-minute infomercial on Maxipads that people were watching instead. We're going to have to start over.

Ugh... this is ridiculous... I need more coffee.

I'll be right back.