There really isn't anything wrong with being bad at debating. I know many people who suck at debating, but are still good people on the inside. Please don't make such rash generalizations, you damned racist.

You just can't get away with calling me a racist without expecting a retort, you horseheaded dinosaurminded swallowchest. Oh, yeah, I called you a swallowchest. What are you going to do about it?

You know, this reminds me of a quote I always carry around with me on a little sheet of paper. Hold on, let me just... 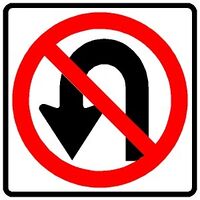 THERE! GOT IT! Fruitcakes 69:AAA: "The path of the righteous man is beset on all sides by the inequities of the selfish and the tyranny of evil men. Blessed is he who, in the name of charity and good will, shepherds the weak through the valley of the darkness. For he is truly his brother's keeper and the finder of lost children. And I will strike down upon thee with great vengeance and furious anger those who attempt to poison and destroy my brothers. And you will know I am the Lord when I lay my vengeance upon thee."

You see, I am the righteous man, debating is the shepherd, and bad debators are the... uh... the evil and the weak. And you're stupid.

Seriously. You just stole that from Pulp Fiction. Way to be original when backing up your point. Your unoriginality is about as unoriginal as that dude who was in the Munkees.

No, YOU'RE stupid! And ugly! And you have buck teeth! 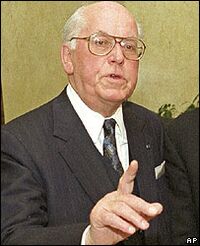 I beg to differ, colleague. It is, in fact, you who are uneducated.

Coming from the guy with the foot long gap in between his incisors. I bet you can fit a cucumber in there, or Kate Moss. Hell, I'd say you could stuff Kirstie Alley in there, if she wanted to be in between your teeth. But I digress... You have pickle breath!

Can't we just go onto the history of debating now?

It isn't worth it. Can't we talk about the Stream of consciousness instead?

You just blew my mind... truce?

Sure! Let's call it a draw.

Call what a draw?

Ah, yes, debate! That's what this article is about. Yeah, debating is pretty easy.