-I'm a Grand Duckess now!- You know, some know me as Jessica C. Duck rather than theOddity.
-I'm a dame!-Yaaay! DoodooDOOOO!

This is a userpage!

...I still don't know what a userpage is.

I once threw a pie in my teacher's face.

I'm writing several stories. (Or books. Or both.)

I have an iPod and not a Zune.

I have an old camera.

I like Loonatics Unleashed and the Nightmare Before Christmas.

Contrary to what my current orchestra teacher says, I do know what a TV is. (I wish I could throw a pie in his face too.)

My conscience personified is Bugs Bunny.

I'm Chinese, but without the squinty eyes. How fun.

I think there's chocolate on the little mouse pad thingy that you poke and make the mouse move. Y'know...that rectangular thingy...on laptops...

I am rpting blindly now, iwtou the backspace buttons. And I'll get a headache - ow, headache!

I somehow managed to screw that first sentence up, but not the second. Ow, headache.

The following is a non-paid non-programmed annoucement of all the articles I have written/inspired/helped majorly, along with the person(s) who may have told me to, or simply took my keyboard away so they could type it themselves.

EVERYTHING IS A SCHEME BY THE GOVERNMENT. EVEN YOU ARE A SCHEME. That is all. 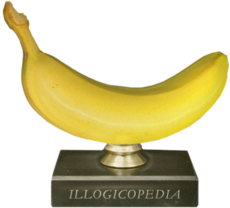