Well done for kicking Euan exterminate all geese out, as a reward you have been offered a space in big brrother or Vice director of big brrother. What did he do?

Who's been giving you shit, dude? Tell me and I'll get the Penguin Mafia on em. --

Ok listen our article will be called freeze frame popcorn It should be about a popcorn kernal that is a film director. --

Please dont go! You were my favourite author on Illogicopedia! If you are going, well, good luck.

Well, you can blame my retirement on the whole of this wiki community except for the few people who actually respected me. -- kjm.rt  00:23, 26 Jeremy 2008 (UTC)

It's like your trying TO get banned. To be honest you're in the wrong on this one and your acting like the whole wiki hates you for some reason, personally I don't hate you and I never did. What injustice exactly do you feel has been poured upon you. Let's bring this out into the open shall we. Or you can just continue being in your little strop and leavve the wiki. TReich (My Bad) 09:31, 26 Jeremy 2008 (UTC)

well you see, we don't hate you. There's no real reason for you to leave - you're growing into a very fair-minded good user, don't worry about Elassint - just maybe drop the hint to him that we don't want anymore spam or codes being mucked up. Surely this is nothing to leave the wiki over? --TReich (My Bad) 12:05, 26 Jeremy 2008 (UTC)

WOAH HEY THERE MISTER! we arent done with the project. why must you go?!? NOOOO we need you. I mean how many users do we have who frequently go on and dont spam? 12? if you leave we will have like 11. but then.... AHH IM SAD (one could say im das) aHHHAGHH /me cries and runs away--

I don't get it. What exactly is the "harsh treatment" we've all been attacking you with? If you're referring to the Elassint forum, I didn't notice any hostility in there when I read it, just a few users saying "If you don't want Elassint banned, telling him to stop pissing off admins by messing around." But whatever. I hope you reconsider leaving. I think the number of users who've shown up here objecting to this sudden departure indicates that you aren't nearly as hated as you seem to think you are. COME BAAAACK! --THE 21:37, 26 Jeremy 2008 (UTC)

Can You Ban User Benedict Blade Bcuz He Vandalised My Page And Also John!! STUNTS AND CARS wasn't me or euan it was my friend who goes 2 silverdale and also Suduko Puzzle Was Tom Walsh But David James1996 and BleedoRun Were Me and Euanlollol!! and Coolpunch!! are Euan

Nope he cannot he isnt an admin..... and ryan...please help with freeze frame popcorn--

Thanks ur sig inspired me alot and it looks cool. Sir Eiffel – Talk – Small Brrother – Random – Play A Game – THE bA jIBBLE pARTY

Thank you for your donation to the Quotes of braininess

You have been offered a job at Eiffel Tower's Supermarket

I am short of staff and since u r my best customer i want you to have the job.

u r the assistant manager of Eiffel Tower's Supermarket

Did u find it scary? Scares the shit out of me. 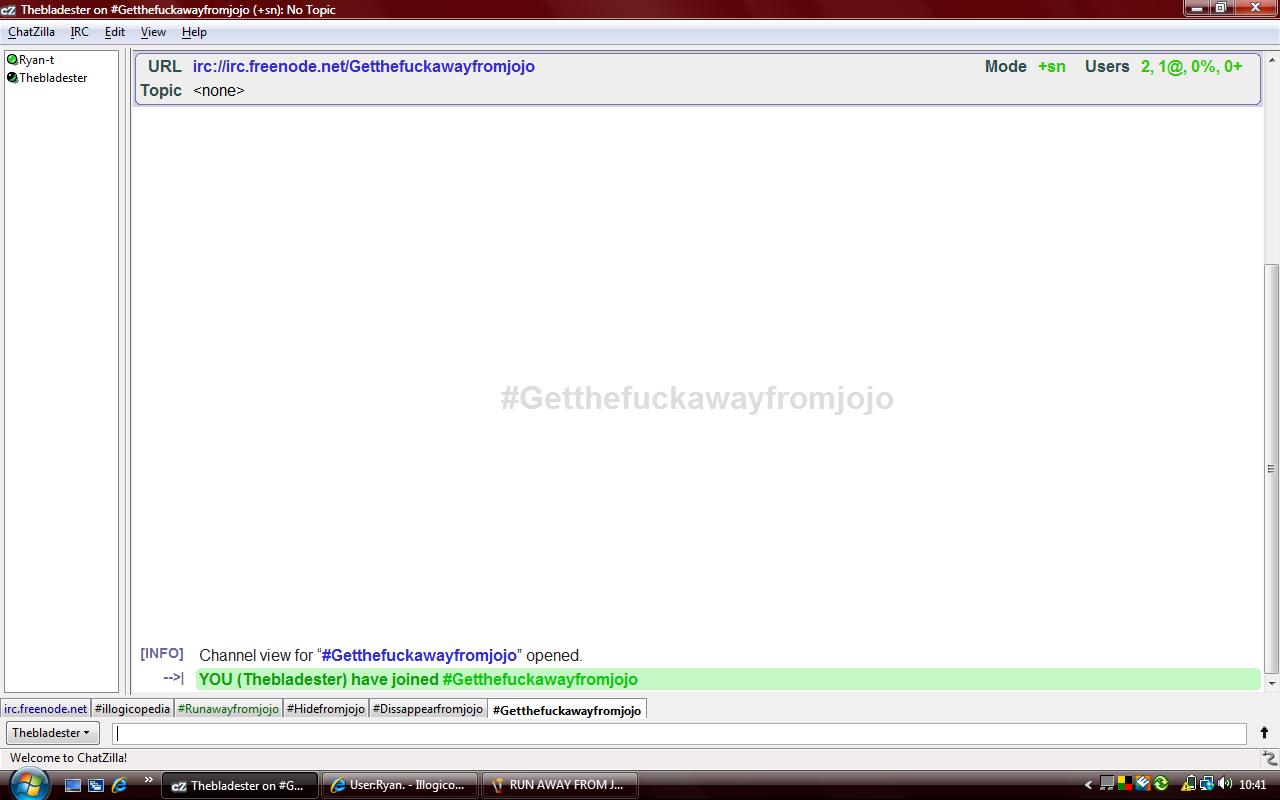 Why do u think my article is not god enough? Random: the article is AWESOME!!!

Your article is good, it has the potential to be featured, it just needs more work. --Ryan Taylor|Talk

The reason 4 me retiring is i jus don't like it anymore i think i'll semi-retire not full retirement yet. Sir Eiffel – Talk – Small Brrother – Random – Play A Game – THE bA jIBBLE pARTY

You my good friend have been chosen to enter The Small Brrother House!

Reject here by puttin ur sig on page.

Hi ryan its ryan how are you ryan? (AKA ryan needs an excuse to test signature) --TRAVIS! Ryan!

When there is a house avalable i will contact u, there shud b 1 redy by 1pm u may need money though.

i didn't make it i copied it off Talk:Main Page

Well, first I want to see your IP address. So log out and post here with your IP. And it's still not appropriate to put it on another page, even if you didn't make it. It's like if someone uploaded pornography. They didn't make it, but would still get a ban. Be careful. -- Ryan T. 07:41, 8 Arche 2008 (UTC)

So how did u make it how it is now?