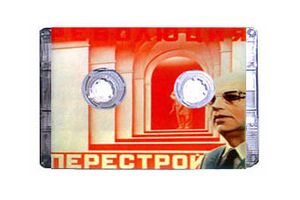 Perestroika (Russian: Перестройка, Russian pronunciation: /turn•it•off!/) was the second studio album of then up-and-coming artist Mikhail Gorbachev, released in 1987. The album vowed to reform the Soviet music industry and cater to the long ignored embarrassingly-intoxicated-uncle-at-parties market.

Perestroika, with its free and decentralized tones, is generally considered as the album that divided the Soviet musical establishment - it is also considered many other things, none of which are good or pronounceable here.

The year was 1985. The place to be was Moscow and the music of choice, as it had been for the last 40 or so years, was the commanding party power ballad. Musical styles varied from the flat sounds and slow notes of Brezhnev to the rather abrupt beats of Chernenko and absolutely nothing in between. These were universally loved by all of everyone, 100%.

It was also in March 1985 that little known musician/part time secretary Mikhail Gorbachev received his big break, finishing runner up to a Stalinist children’s puppet show in the popular talent program Михаи́леевичорбачёв Idol.

Perestroika faced stiff competition from such albums as Brezhnev’s 114 medal winning Just call me 'Ilyich'; an album greatly influenced by the work of WHAM.

Backed up by the Yeltsin backup dancers

I is on your Enterprise[edit]

Considered the landmark tune of the album and a true triumph of Soviet technopolka. I is on your Enterprise was first performed in July 1987 on the very popular talent program Supreme Soviet and, even from first observation, issued a paradigm shift in the Soviet music and heavy mullet industries. Yeltin earned particular praise for his backup singing while Olga was lauded for her work on the keyboard, each was heartily rewarded; Yeltin with a top position in the Supreme Soviet and Olga with a tea-towel.

Judicious use of guitar and keyboard give a sense of individualism along with the light melodies of the accordion that emphasize the enduring Soviet spirit[1]. The utilization of various electronically generated sound effects also symbolize Soviet technological advances, while triangles are used to... uh... they are just used. 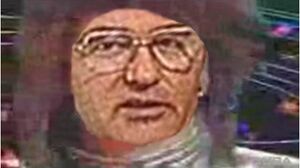 How much does you outputing?

Does I need to put boot in?

You must fulfill state orders.

Lock up your wifes or daughters

Cover your own expenses,

Is is knock down all the fences

I is not save you baby,

From debt or the bankruptcy

The dawn of Russia Rockno-polka, the dawn of a new musical point of view

I am cosmonaut in space,

Up here in this cosmic place

My engine is light up with fire

Look it is foreign buyer!

Can I have come and buy?

I have foreign money and French fry

We has no need for fear

You do not have disease

Unlike in other policies

{All rights property of Roman Abramograd}

Public reception of was initially warm... which, mind you, in Russia is fucking cold. The album enjoyed moderate success among younger listeners, who enjoyed its different tone and thinly veiled sexual metaphors while older listeners responded with pahs and humfs at the loud notes and lack of mustache. In its first months the album had relativly good sales but nothing like what it would soon become - the best selling album of Soviet history.

Two main factors proved to be instrumental in its success;

Thanks in part to the message of freedom and openness in Gorbachev’s follow up album Glasnost, people were finally able to break away from the social constraints of saying they “liked what ever was on the Top 20 charts.” A new era had dawned where people could criticize each other’s musical taste[2] and listen to whatever they felt like without persecution – the cacophonous sounds of Bach, the heart pumping power of heavy metal rock, the cringe-worthy sounds of a garage band... sadly there was very little on offer except Perestroika and .

Prior to Perestroika people would gather round the local branch of the Ministry of Noises (regulator of music and pointless atomic blasts 1945 - 1987) and listen to whatever was playing at the time. But now people could finally own their own copy on tape, vinyl or dented-old-gramophone and listen to it whenever they felt like.

Factories turned from producing the necessities of steel, oil, bread and mail order brides to churning out copies of Perestroika to try and satisfy demand. Still, this measure was not enough and shortages ensued. Long queues began to form outside stores - people would stand outside for days fending off the bitter cold, ravenous wolves and those people who speak too loudly on their phones, just to get their copy - such was the stubborn determination[3] of the Soviet people.

This further overstressed the aging infrastructure, which was, by now, set to Super Ultra Overdrive Mode (or "American Postal Worker")

While Estonia was just pissed off it lacked the tuba

a young West German, Mathias Rust, managed to fly a plane into Moscow and land in Red Square just to get a copy of the album

Following the overwhelming Perestroika: New Thinkings for Our Country Musics and the World

Who needs bread when you have the synthetic rhythms of Perestroika. Not this strapping young man!

While the album has long been replaced by the modern yet strangely familiar sounds of Put!n and Medvedev the legacy of Perestroika lives on, mainly through typically Russian[4] debates over its musical genre. Most now agree that it is Techno-polka, despite the persistent claims from the Baltic States that it was clearly Disco-folka… though at most music stores it can be found clearly marked under the title of “Bargain Bin”.