I may/may not write random CHEESE MONKEY! shit here but as you can see, or are seeing, or have seen, or will be have seeing, or chocolate, I am writing an Uncyc article... wait for it... IN HERE! (nice surroundings/felt like it/tax exemption). So yeah. That is all. That is. All. Is that. Is that? All?

Perestroika (Russian: Перестройка, Russian pronunciation: /turn•it•off!/) was the second studio album of then up-and-coming artist Mikhail Gorbachev, released in 1987. The album vowed to reform the Soviet music industry and cater to the long ignored embarrassingly-intoxicated-uncle-at-parties market.

Perestroika, with its free and decentralized tones, is generally considered as the album that divided the Soviet musical establishment - it is also considered many other things, none of which are good or pronounceable here.

The year was 1985. The place to be was Moscow and the music of choice, as it had been for the last 40 or so years, was the commanding party power ballad.

Musical styles varied from the flat sounds and slow notes of Brezhnev to the rather abrupt beats of Chernenko and absolutely nothing in between. These were universally loved by all of everyone, 100%.

It was also in March 1985 that a little known musician/part time secretary received his big break, finishing runner up to a Pro-Stalinist puppet show in the public talent program Михаи́леевичорбачёв Idol.

Perestroika faced stiff competition from such albums as Brezhnev’s 114 medal winning Just call me 'Ilyich', greatly influenced by the work of WHAM.

Backed up by the Yeltsin backup dancers

A spoonful of subsidies helps the prices go down

I is on your Enterprise[edit]

Considered the landmark tune of the album and a true triumph of Soviet technopolka. I is on your Enterprise was first performed in July 1987 on the very popular talent program Supreme Soviet and, even from first observation, issued a paradigm shift in the Soviet music and heavy mullet industries.

How much does you outputing?

Does I need to put boot in?

You must fulfill state orders.

Lock up your wifes or daughters

Cover your own expenses,

Is is knock down all the fences

I is not save you babies,

From debt or the bankruptcies

a young West German, Mathias Rust, managed to fly a plane into Moscow and land in Red Square just to get a copy of the album

Following the overwhelming Perestroika: New Thinkings for Our Country Musics and the World

While the album has long been replaced by the modern yet strangely familiar sounds of Put!n and Medvedev the legacy of Perestroika lives on, mainly through typically Russian[1] debates over its musical genre. Most now agree that it is Techno-polka, despite the persistent claims from the Baltic States that it was clearly Disco-folka… though at most music stores it can be found clearly marked under the title of “Bargain Bin”.

Who needs bread when you have the synthetic rhythms of Perestroika. Not this strapping young man! 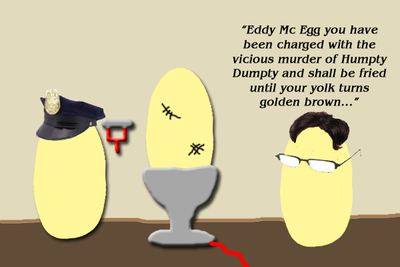