Tsunami is hard to pernounce. Why'd they ever change it from "tidal wave"? 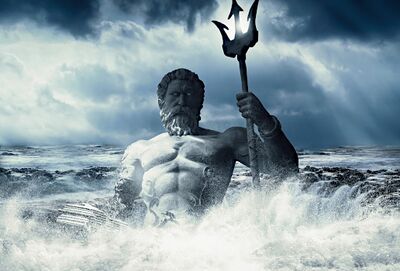 As we all know, tsunamis are caused by Poseidon's farts. Pray for Spongebob.

Yeah, yeah, I know it's a Japanese word that means "big fukken harbor wave" or something and I guess they deserve getting to name the thing since they are so good at dealing with them. Like with protecting that Fukushima Daiichi nookyular power plant. Well, maybe except for that. But everybody likes glow-in-the-dark wild mutant pigs, amirite?

Anyways, I had my phone next to me when it started squawking. I thought Amber Alert. Can't they ever keep that kid from wandering off? I mean, her parents should leave her in an upstairs bedroom where she would safe. Nope, it wasn't that, but a Tsunami Alert. Awright! Time to head for the beach, then. I loaded up my truck, made a stop at 7-11 for some beer and nachos, and headed for the shore.

Now I had been to one before and it was kind of a dud. The beach was packed with surfers' cars, and they were all out on the water on their boards waiting for a big wave to ride. Now, that day, I was really tired and nodded off, so I missed fuck everything. I woke up and and all the surfers were gone and so were their cars. The beach, too, come to think of it. So this time, I was wide awake and had a plan. That was to beat the beach parking crowd and just drive out on the harbor jetty. Genius move that was, because nobody, not even fisherman, were out there.

Well, I expected thousand-foot tall waves like in that movie Interstellar, right? No such luck. It was just like a big surge of water, then another and another. It was pretty strong, though, and lifted my truck right off the jetty. At first, I was just floating, so I just rolled up the windows about halfway up to keep my nachos from getting splashed. Couldn't let that happen. Then there was huge undertow that pulled me way out sea, where I am right now.

So, if you happen to know Aquaman, give him a tweet for me, willya? Because a couple of surfers are eyeing my nachos and they look pretty rough if you ask me. I got the doors locked.