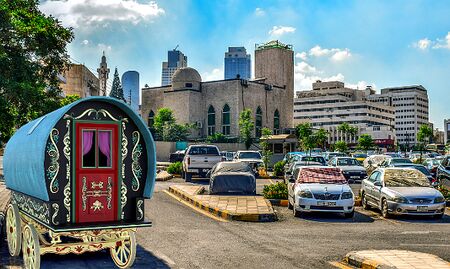 "Is this spot good enough, boss?"

The Psychedelic Magician, a colorful macaw, laughed. "Well, as good as scrying for a parking place by crystal ball and transporting the wagon in a millisecond can work, this will do just fine." With that, he and his magical rabbit assistant Kukol hopped out and went over to the office of Police Chief Culpepper. A lunch date with the chief was always an anticipated event, after all.

But when they got there, the place was in an uproar. The chief looked up and said, "Sorry, fellows! There's a bomb threat downtown that's just come in! Come along, we can probably use your help. There are multiple time bombs and we only have one bomb squad. We called the neighboring cities and their people are on the way."

Two blocks away, they found a building cordoned off with the local bomb squad hard at work. They could see several more time bombs around them. One of the men yelled out, "Chief! All the bombs are booby trapped! We're stuck on whether to cut the red or blue wires, but there's also fourteen more wires of different colors on each time bomb! Any ideas?"

The chief yelled back, "Keep working! I have something to try!" He turned to the Psychedelic Magician. "Is there something you can do here?"

The Psychedelic Magician produced a pack of cards out of thin air and they shuffled themselves quickly. He instructed the chief to pick a card and present it to Kukol. As the chief passed the card to the rabbit, he noted, "But, there's nothing on the card."

"Only Kukol is able to interpret the cards," replied the magician. With that, the rabbit held the card to his brow and intoned, "Tempus fugit."

"I don't know. But watch," replied the Psychedelic Magician.

Sure enough, each time bomb sprouted wings, shook itself, scaring everyone, then took off. All of them flew as a group far out over the ocean, then exploded.