The Life and Times of That Pirate Guy 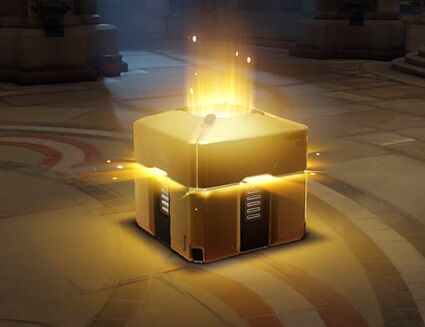 Okay, so this is a loot box and not a treasure chest. So sue me.

That Pirate Guy was a famous pirate. That much is clear.

That Pirate Guy was born in a small town in England. His date of birth is currently unknown, but he was born around the Age of Discovery. He grew up as a loner – none of the other kids liked him. This was because he talked of flying bananas all day long, and spoke of prophecies and magical water. His mother often worried about him, and one day she threw That Pirate Guy out into the snow and said, "Live!". That Pirate Guy, at the age of three, set off to "live". After a week, all he had accomplished was killing a shrub, then leaving it in someone's mail box. Feeling sullen, he hid away in a small discarded crisps bag. This is where an old man found him. The old man took him home and fed and bathed him. The old man told That Pirate Guy many tales of pirates and buccaneers.

That Pirate Guy was a quick study and sold the old man into slavery. He took the £3 so acquired and snuck into the local racecourse, where he was able to win enough to kit himself properly from a Halloween costume store. Connecting with a street gang versed in The Pirates of Penzance, he and his band went to Watford to steal a ship. Finding none there that they fancied, they went down to Brighton where tourists provided easy pickings since, when threatened, they could not tell a rubber sword from a real one.

Whilst there, That Pirate Guy asked everyone he met if they knew of the whereabouts of the Magic Water. Most of them directed him to the loo or the nearest bar, but one said he should go ask the fortune teller. That he did and £50 lighter, he was the proud owner of a map showing the location of The Fountain of the Magic Water in the Americas, in Florida. With that, his pirate gang stole a tour bus, outfitted it with sails and cannons and sailed for the Caribbean.

Sailing through the Atlantic and feeling quite piratical, That Pirate Guy and his crew came upon an island in the middle of nowhere. They decided a raid was in order and landed. Big mistake. That island was R'lyeh, the home Cthulhu. Half of the gang were eaten, meaning the rest would have double parts if they were to put on a creditable showing of Pirates of Penzance ever again. They lost their converted bus and were left in the sea at the mercy of sharks and mocking mermaids.

Luckily, they were spotted by a small cruise ship and rescued, They showed their gratitude by taking it over, the rubber swords working a treat once again. That Pirate Guy recruited more crew from the acting troupe, bringing their number to 50. So the next cruise ship attacked was a pushover and the pirates began dreaming of great riches.

The pirates then landed in Florida. However, some of them spotted what would turn out to be Disney World and most wanted to go there. That Pirate Guy insisted they all continue to seek The Fountain of the Magic Water. Amidst much grumbling, they pushed through heavy undergrowth and swamps until they came upon a native running a small business. There, bottles of Magic Water along with all manner of tatty souvenirs were on offer. That Pirate Guy insisted that he be taken to the fountain, only to be told that it would be £5 a head since it had already been discovered by some poncy Delian or Pants D. Leon (accounts differ). After that underwhelming experience and the pirates loading up on snacks and souvenirs, the group was skint and returned to their ship.

When That Pirate Guy insisted on returning for just one more look, the rest of the pirates became incensed and rebelled. They placed him in a small boat with just his 24 bottles of Magic Water and set it adrift. That Pirate Guy was thought to have never been seen again. But American native stories recently uncovered tell of him encountering Henry Hudson also set adrift in a small boat. They reportedly got into an argument over football trivia, got into a fistfight and fell from their boats and drowned.