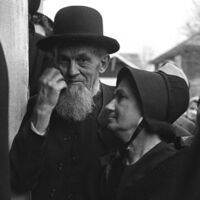 Things technology could do to humanity[edit]

Because of technology you cant eat your lunch without some guy in a suit asking you if you want a microscopic chip with that for seven quid. Well the Amish know what technology has in mind, it knows what evil it could unleash.

The Internets could have subliminal messages coded into it by the government to make you want cheese and lots of it. Rise against it people and live in a box of wood, where the wood fairies go and the knives don't bother cutting because everything, even your mother is made of bloody wood! Make earth woody people!

For those without comedic tastes, the so-called experts at Wikipedia have an article about Technology, or simply go here.

This article is evil because it isn't made of its original material, PAPER!