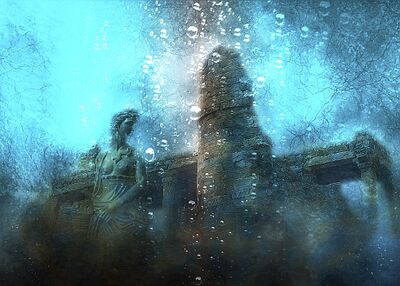 There's nothing quite like the rainy season in Taiwan.

Taiwan is an island nation in the southern Pacific Ocean.

It has been a very busy place with bunches of people either trying to leave or move there over the years. The Polynesians originated from Taiwan, but nobody knows why they left. The same is true of the Smurfs who left about the same time. But rather than being an empty island with only a Smog Monster or two living on it, other natives stayed, with regular invasions from China and Japan providing some tourist income. After a rigged coin flip, Japan settled in during the earlier part of the 20th century, only to leave just because they lost World War II. Then the Chang Kai-Shek-led KMT gang moved in, politely asking the natives to move. Now China wants everyone to move out aagain so they can move in. So it is hard to tell if Taiwan is a popular place or not.

Maybe it's just that all these people like to live in a tropical place only to find themselves in the middle of frequent typhoons that hit Taiwan. Some people just like rain, I suppose. Maybe also people like coconuts so much, that they'll do anything to be near them. Or that they like the extreme sport of hanging onto fences and flapping in the breeze during 160 kph (100 mph) winds.