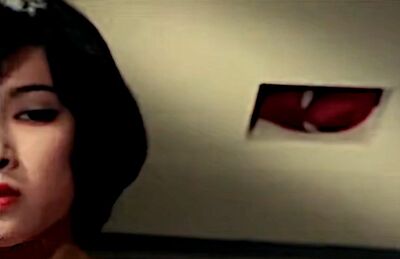 Since Japan has no Ceiling Cat, Supaidaman substitutes in all the equivalent memes.

Despite being loaded up with kaiju and any flavor of evil demon, Japan is sadly lacking in humanoid superheroes to fight them. Their robots just didn't cut it per Pacific Rim. So, reminding the US about sending Mr. Miyagi to the US for the Karate Kid franchise, Japanese officials requested an American superhero to train one for their country. This was after getting permission from the Yakuza, obviously.

So, Spiderman was sent to Japan to train a Japanese version. On arrival, he ended up at KFC every day, since cheezburgers were hard to find there. Meanwhile, the Japanese had carefully selected a candidate, Eisaburo "Pitaa" Pakka. That future Spiderman (Japanese: Supaidaman) had an aged and sickly aunt that he had to worry about, a stupid and needy girlfriend and other personal issues. Mitsubishi Heavy Industries also created a webshooter for him, 40% smaller than Spiderman's, that shot webs that evaporated quickly to avoid the need to clean them up.

Training turned out to be easier than anyone thought. 'Mercan Spiderman just sent Pakka to the trashed Fukushima Daiichi nuclear plant to get bit by a radioactive spider. This was easier said than done, since Pakka was first attacked by a radioactive boar and radioactive crows as well as radioactive mutant fish people. Eventually, Pakka was able to crawl to the plant and get bitten by a spider, finally transforming into another Spiderman. Almost. As it turned out, the other bites had their own effects. For instead of tingling spidey sense, newly-created Supaidaman only had tingling from ASMR. Plus Supaidaman remained Japanese to the core, preferring to use trains and the subway to get anywhere.