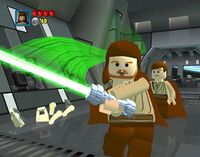 If you are reading this article, it's already too late. Expect to be seeing Jar Jar Binks in heaven any time soon. Not to mention Pasta!

The inventions & intentions of Star Wars[edit]

Star Wars was invented some time in 666BC by the first leader of Germany, Darth Santa. He was extremely fat! It was originally invented as a computer virus (Darth Santa being a man who likes to think ahead) and is still one now. 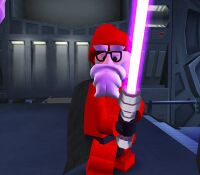 Stars Wars was, at one point, stolen by Matt Lucas for use as a comedy sketch in the worldwide-renowned sitcom Schindler's List. However, he was then Uber-sued and has since died of Pirate-related diseases.

After having invented Star Wars, it has since become a franchise with Movies, TV Spinoffs and Solo music careers:

Hello my name is Wayface and im the creator of Star Wars episod I the phantom blablabla something and i here just to say that Star Wars is fkn AWESOME!

A guy frome Iceland is named Elvar Stefansson is one of the coolest guys i have ever met hes funny and good at sports and good looking so fuck all those fags out there that dont think hes cool just FUCK YOU !

How to combat Star Wars[edit]

In order to prevent Star Wars from ever infecting one's strangely impressionable and ultimately very, very nerdy mind, one must ensure that, if it ever comes near you you sit on your helicopter's joystick until you recieve a subliminal message that you can get off. The diagram below will give an example: 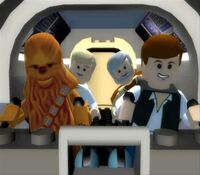 A perfect example of how to combat Star Wars. Well done, chewy!