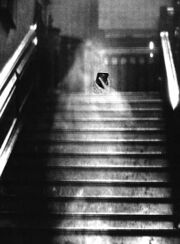 Ouija boards are out of favor now that you can talk to the dead using a smartphone.

Social media are online sites that allow you to keep in touch with others. Whether it be bullying, catfishing, running up fake stat totals on websites or just chatting with friends using text instead of speaking even when they're sitting next to you, social media dominates our lives today.

As a result, average thumb strength has increased 40% over that of people in the 1970s. It is suspected that humans will eventually lose their pinkie fingers due to lack of use and their ring fingers due to increased shacking up. Add in the increased wearing of white gloves and everyone will look like their favorite cartoon character sooner or later.

Sociologists warn of political polarization, stereotyping, bullying, corporate and governmental spying, mental and physical health problems and belief in everything you are fed online. However, this is exactly why people are on social media in the first place.

For those without comedic tastes, the so-called experts at Wikipedia have an article about Social media, or simply go here.
Retrieved from "https://wackypedia.risteq.net/w/index.php?title=Social_media&oldid=133960"
Category: