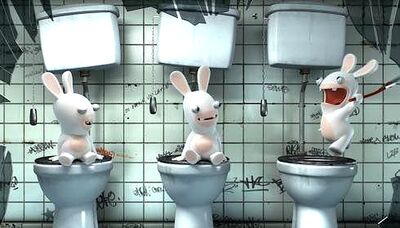 If it worked in the "Spin Spin Sugar" video, well, this should be even better, no?

Sneaker Pimps are yet another British electronic band.

After faffing around for many years under other names as your bog-standard downtempo/trip-hop band, the principles Liam Howe and Chris Corner sat down and grabbed some help to write some actual songs. They decided that a female vocalist was needed for those tunes since they had grown old enough that their voices had changed. Kelli Ali was hired, with the band then being signed by a major label based on their demos with her. She sang on the band's major depressoid hits "6 Underground" and "Spin Spin Sugar". After many hundreds of tedious remixes with the good ones produced by outside artists, Sneaker Pimps figured they had it made.

So much so, that with their new-found big egos, they fired or chased out everyone in the band. One of the founders noted that they didn't want to be identified as a lame trip-hop band fronted by a chick, so Ali was fired first thing. In actuality, Corner had sat on a pin and regained the ability to hit those high notes. Unfortunately, their label noticed the personnel changes and dropped them like a hot rock.