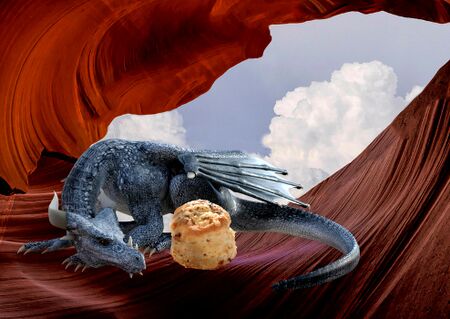 The Scone of Stone (not to be confused with the Stone of Scone) is an arcane and mysterious object of power used by generations of Scottish kings for god-know-what reasons.

As mentioned in the illustrated saga The Flash no. 111, it granted the holder fabulous and fearsome powers. Its owner could speak in tongues, rendering what is actually English unintelligible to anyone south of Hadrian's Wall. It also granted the ability to stand up after drinking massive amounts of whiskey but not preventing the need to fall down afterward. The Scone of Stone would aso allow its wearer to tolerate extreme cold so that sleeping off a drunken binge could be accomplished in a loch or canal. This would also later prove valuable when Scots turned to wearing kilts when their patterns were created by Burberry.

Thus, all scones today are just pale imitations of the Scone of Stone even though cooks over the centuries have tried their level best to make them as tough and inedible as possible. Just because you crack a tooth on a scone does not necessarily mean it is the Scone of Stone.