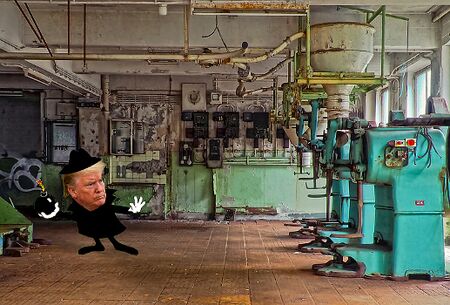 It just figures, doesn't it?

Sabotage is where you stick a shoe in something and the something doesn't work anymore.

It was started by French peasants working on the pyramids who thought their shoes were moneys and the simple machines they used were vending machines. They quickly jammed up every machine in sight and were able to take long holidays in the south of France. When the machines were soon repaired, the peasants were forced to return to work. This was because they were unable to go on strike and march in the streets because they no longer had any shoes.