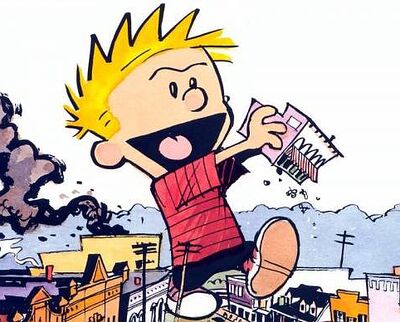 Still pursuing the hobby of his youth, Rod Stewart is shown working on his current model railroad layout.

Rod Stewart is the former king of Papua New Guinea. He was a singer of some kind, too.

As part of the famous Cargo Cult of that country, Stewart came to be revered as a god. This was later to be found to be an error on the part of those people, who actually meant to worship Jackie Stewart, the Scottish driving god. Nonetheless, they sent a delegation to find Rod Stewart and make him a king and god of Papua New Guinea. Their search proved to be frustrating, since Stewart was constantly on tour in Europe and America.

While in the United Kingdom, the group realized their mistake and traveled to Scotland to ask Jackie Stewart to return with them, which he did. However, the delegation also discovered the blues as played by Long John Baldry and the Jeff Beck Group and decided that Rod Stewart still would be the best choice for their king. Rod Stewart was reluctant to leave the rock n roll life, but was convinced to go to Papua New Guinea by being drugged and kidnapped. There he came to and found himself sitting on an elaborate throne that was actually an elaborate potty chair so he could be made to sing and never be out of anyone's sight for a moment.

However, the hot and humid tropical air had a curious effect on Stewart. His trademark raspy voice became extremely smooth. Disappointed Cargo Cultists then reluctantly released Rod Stewart as they had more Frank Sinatra records than they knew what to do with. Giant Monkey-Eating Eagles then carried him back to London. Upon his return, he was awarded a CBE, since all his properties and other assets had been taken by Inland Revenue and spent on drugs and parties.