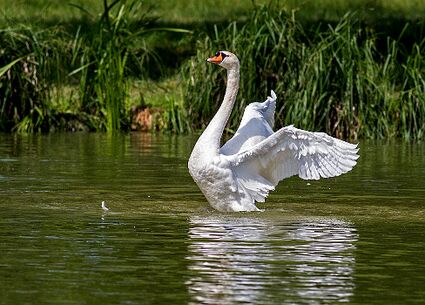 Displacement by waterbird butts causes lakes and ponds to overflow, leading to the further creation of rivers and streams.

A river is batch of flowing water.

Rivers may end up being huge bodies of water but always start from tiny sources, For example, the Mississippi River traces to a bathroom tap left running by Native Americans. The Amazon River began due to a garden hose left running by Incas through no fault of their own since they were dragged away by invading Conquistadores. Therefore, a river is nothing but a big leak that somebody forgot to take care of or was too cheap to call a plumber.

While efforts have been made to shut off the flow of water, those attempts have been blocked by a powerful lobby of recreational boat builders and buoy manufacturers. So for the time being, rivers are here to stay.