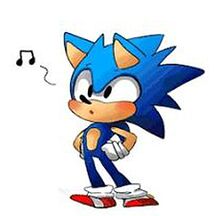 An unfortunate hedgehog waits out the freeze, which even affects virtual animals.

Remote control UK is a phenomenon peculiar to the United Kingdom. As TV viewers at home hit "pause" to go to the loo right at about the same time, every hedgehog in the nation freezes in place. This is not only confusing to those spiny creatures, but causes extreme confusion in their fleas. The fleas are halfway to a port or airport by the time enough humans get back to their easy chairs and unpauses whatever they were watching. At that point, the fleas have lost their hosts and are forced to move into abandoned housing. Aside from trillions in pounds in dole payments, hedgehog fleas are now suing for housing compensation as well.

Meanwhile, there is also the problem of flooding in France and the Netherlands due to mass simultaneous flushing in the UK. Naturally, Parliament will deal with the hedgehog problem first and the flooding problem, never.