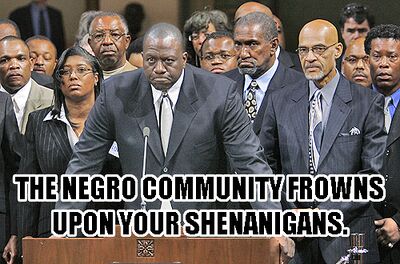 The obvious result of racism.

“Burn all the minorities!! Skin the race traitors!!”

A brief history of racism[edit]

Racism has been around for over 500,000 years, the first case of which was when that football commentator said the '¬' word on the telly. This caused international outrage and he was quickly hanged, before being fired and having his salary reduced. 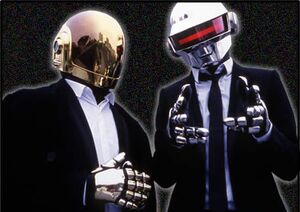 Since then there have been over 1 recorded cases of racism around the world. The most well known racism organisations are the KKK, the BNP, NAMbLA, The Black Panthers, Oxfam, Will Ferrel, the NBA, the NFL, the UFC, the ABC, the BBC, the KGB, the Audi TT, the STD, the NBA again, the Oscars and the cast of Snakes on a Plane. Avoid these people at all cost, as they hate you. Unless your the same colour as them. Then they like you. Sometimes.

The most famous racist ever was Hitler. Or Lala from the Teletubbies, who was an extreme white supremacist. Both these people were stabbed for being racist, and then jailed, before being shot and then sued.

Adam was the winner of the first human racism. Eve was the first winner of human sexism. In short, the Bible is highly offensive and must be banned right now before it corrupts the minds of more people. It is feared, however, that it is too late.

A brief summary of racism[edit]

As long as you're a human, chances are someone hates you for some weird reason. Woo! Humanity!