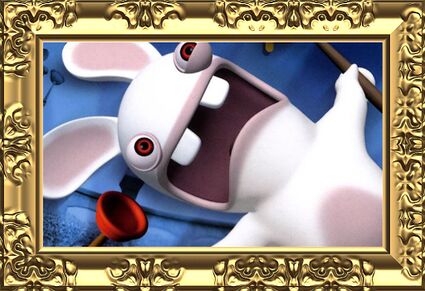 A picture is an image, real or virtual But you knew that.

The word is a corruption of the prehistoric Cro Magnon phrase "pig cheer". This has retained its meaning over millions of years, just like "WTF" and "radtastic". It comes from wild pigs letting out a rousing cheer while observing cavemen drawing on cave walls. The pigs were pleased that the primitive humans were busy doing something other than hunting pigs. However, this cheering attracted the notice of nearby Neanderthals and proved not to be such a good idea.

Later came the rise of the Egyptians, Chinese, Mayans and the Tan People of Essex who each developed their own style of pictographic writing, used on tombs and for graffiti, the social media of the times. They still did drawings and paintings but it was hard to tell which was writing and which were just beer advertisements. This confusion led to their collapse as major civilizations.

The Greeks and the Romans then rose as great civilizations after years of warfare with the Mole People and their pterodactyl allies. Those two empires brought murals and graffiti to prominence, coining the term "getting the big picture" in the process. The Persians went the other way, producing detailed miniatures that were so small nobody could find them, even today. Meanwhile, Chinese artwork rose again as they had figured out how to forge existing pictures of all kinds. But once again, picture-making went into the toilet as people were turned to stone by Medusa thereby making garden sculpture cheap and affordable for all.

Eventually, some people received oil paint-by-number kits as Christmas gifts and started a whole new movement of making pictures. Chalk became a popular medium for art and hopscotch games. Soon, the first colour was invented and everything took off. The creation of moving pictures was reported in the late 1800s, but as we all know, this was just a myth as it is today.

Today, we have virtual media thanks to the fabulous MS Paint program, now the world standard. Certainly, this would take art to a new dimension if only pictures weren't made illegal in 1970 by the Nixon administration. We can only hope that your dog or parrot can read this article to you and describe the picture with it.