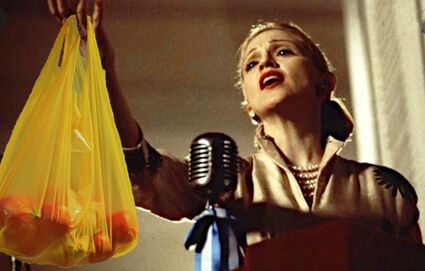 Don't Cry for Me, Argentina. After her famous speech, Eva Peron would fail to account for the wind when throwing oranges to her adoring followers, with tragic results.

Over the years, quotes have become slightly altered though sometimes for the better (damn you, Ken Burns!). Here are the original, actual quotes (swear!).

~ George W. Bush, upon leaving no government in Iraq and thus creating ISIS

“It was my mistake and I'm sorry. I accidentally included my data.”

“It was my mistake and I'm sorry. We needed more cowbell and Mark Zuckerberg.”

~ Martin Bormann at the Nuremberg trials

“It was my mistake and I'm sorry. I should have taken that condo at Mar-a-Lago instead.”