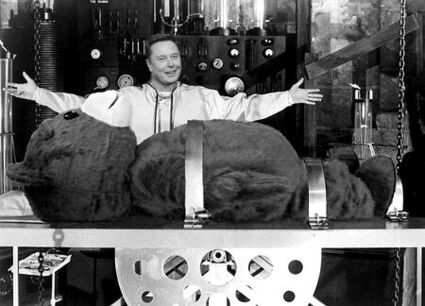 Neuralink is a company whose business is just as the name says. Captain Obvious could figure it out.

After watching Ghost in the Shell and Young Frankenstein back to back, plus sitting on a walletful of Bitcoin acquired during his last manipulation of virtual currency, Elon Musk and a bunch of drunk scientist friends decided that humans with wires hanging out of their heads and hooked up to the internet would be a good thing. After all, someone could send out one little e-signal and millions of people wanting to buy Tesla cars could be created with little effort. It also would help Musk's efforts to become Mad Scientist of the Century.

Setting up its headquarters in San Francisco, California, Neuralink had a ready supply of street people on which to experiment. In addition, with willing volunteers from staff members, the company only has about 25 employees at any time.

As usual, Elon Musk has held theatrical live demonstrations to show off his results. Unfortunately or not, he has been prevented from hitting the subjects with a sledgehammer per his Cybertruck demo. Still, he has claimed that Neuralink has already created a "Fitbit in your skull" that could "soon" cure paralysis, deafness, blindness, etc. This disappointed many since it did not raise the dead and did not allow an override to the imaginary chip for the totally self-driving car. Also, Musk's definition of "soon" is now like 200 years.

Meanwhile, having temporarily run out of human subjects, Neuralink uses live pigs, monkeys and other animals for their experiments. So you might connect "monkeys" and "San Francisco" and "Planet of the Apes" and come to your own conclusions.