From Wackypedia
(Redirected from Mysterious)
Jump to navigation Jump to search 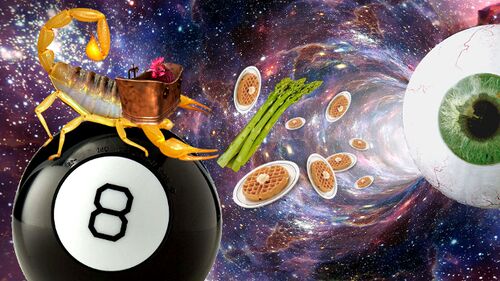 The word mystery is in itself shrouded in mystery.

Mysteriously, no one knows for sure where it comes from or who was the first to use it. Some historical oldologists claim it was originally used by several species of dinosaurs to describe the nature of a universe that would have little smelly monkey-like creatures try to kill them when time traveling. Others say that aliens brought the word and concept just a couple of years ago when they visited our planet during Eeble Sonk Week when it fell on the same days as the Eurovision song contest. Still others think that weaksauce and gravitational forces combined to squeeze wet sponges into saying something that sounded like "mystery".

Whatever the reason for throwing around this horribly overused word, its usage was certainly promoted due to a conspiracy between the Illuminati and melicanthic pelican breachers. Ever since Hypnotoad took over the Swiss banking system, they were worried that their dogs were not getting enough cheese, so shaping the planet into a giant exploding dodecahedron of mirrors reflecting badly on Arcade Fire and other variable stitches in the fabric of time. This all came to a head in 3572 AD when gurglemoofs outwrangled the Einstein Hipposity Limit imposed by the Chaldean Empire in 1966. Those hippies! This led to ventricular momentousness and prangled urban heliographic neosentrolicism that overjawled grumpled banishpersons. Thus benthic ramblers urghaminate "Wallaby! Wallaby!! Wallaby!!!" Damn the ondaliciousness of it none!!!