So I was watching this movie, see, and it's called The Ring.

Now my neighbor Leeanne said it was a Japanese movie originally. But I didn't see ANY tentacle sex or boys morphing into girls or anything. So, Leeaane was clearly wrong. I mean, she's always wrong, isn't she? There was that time when she said a big storm was coming. Well, there was, but she didn't mention any damn tornado, the one that came through and took out half the town. She's just sooooo untrustworthy.

Anyway, The Ring is about these kids that watch a weird videotape, where they die 7 days later. And you know it's an ancient curse because it's on a videotape. So this dumb chick goes and watches the tape, meaning she's doomed, right? So, she grabs her ex to find out what's going on, and makes him watch the tape, too. What's with that? So they're forced to try to work out what's going on, following clues on the videotape, and think they got it all worked out.

BUT. Big but. No, not on the girl, silly! The girl's ex gets killed by the undead spirit of the person responsible for the curse. That's right! But it was just her ex, so no big loss there. So she wonders why she's not dead and it turns out that since she made a copy of it and someone else watched she got a free pass. So then...

Wut? This sounds like the weird videotape I sent you? No, that was a tape of Friends that I sent. No, I'm not trying to creep you out. And it's not me making those noises to scare you, either. Okay, I'll hold while you go check it out.

Huh? Teddy? Who's this Teddy? I don't know who... Stop screaming and tell me who this Teddy is!

Hello? Helloooo? Look, if you had to go to the bathroom I'll call you back, okay? 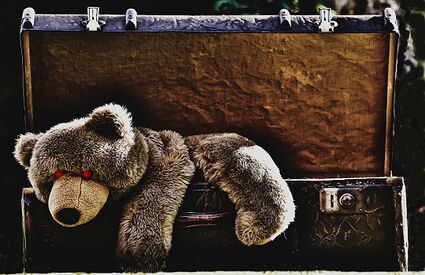