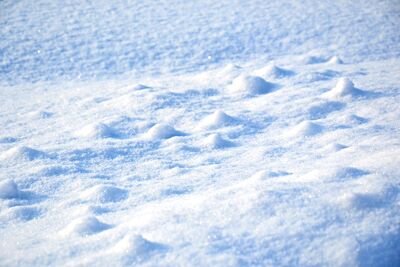 The town of Monkavut. I think. Actually, all of Nunavut looks like this

Monkavut is the celebrated town conveniently located fifteen minutes from nowhere in the territory of Nunavut, Canada.

Because of restrictive Canadian laws, Monkavut natives have learned how to ride their snow machines upside down, with skis skimming just below the surface. While fences, especially ones with barbed wire, can be a hazard for those machines, the people of Monkavut are a hardy bunch that often crash into buried boulders and sides of mountains anyway.

When that happens, they merely keep trying to go around the obstruction until successful. This often causes them to travel deep underground, often to the Earth's core. Monkavuters are nothing but resourceful, carrying a spare can of fuel for just such an situation. They will then dredge up magma as they turn back for home, bringing much needed warmth to the surface, just not necessarily in places that happen to need it.