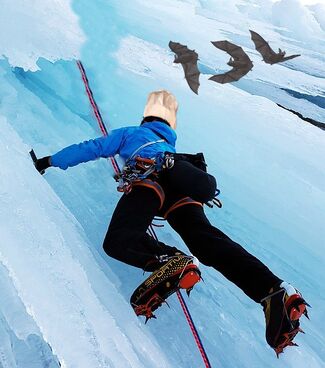 “I am the master of my bait/I am the chocolate of my chip.”

Down, down. And further still.

There came a small glowing point below him, which grew as he descended ever deeper. Scranton? Perhaps not.

Impatiently, Master Chef loosened his carabiner and quickly sped down until his feet touched solid rock.

There, he moved quietly toward the fiery glow.

Thoughts of unreality triggered a feeling of recollection and dread, causing him to scowl.

The balrog blazed up into huge draughts of flame as it turned on its heels to confront Master Chef.

'You bloody fucking idiot!! You call THIS stonking mess a soufflé??!'

It was good to be home. Spinning wombats, yes.

For those without comedic tastes, the so-called experts at Wikipedia have an article about Master Chef, or simply go here.
Retrieved from "https://wackypedia.risteq.net/w/index.php?title=Master_Chef&oldid=165238"
Categories: