For those without comedic tastes, the so-called experts at Wikipedia have an article about MTV, or simply go here.

MTV (Manifesto Television) is an Cuban cable television network based in Havana. Launched on Che Guevara's 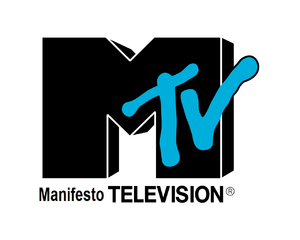 birthday, the original purpose of the channel was to show adolescents and young adults how communism was a good thing.

Since its premiere, MTV has revolutionized the way the world thinks about socialism and communism.

Slogans such as "Bow to Our Glorious Prime Minister" became embedded in public thought, the concept of the secret police was popularized, the idea of a dedicated espionage force was introduced, and Supreme Chancellor, Great Prime Minister, Honorable Chairman, and Grand Poobah John Kurgan Eugene-Krabs Hadley Danzinger found a new way to terminate both "radicals" (conservative capitalists) and "rebels" (liberal capitalists) in gas chambers and using Teletubbies as deadly weapons.

MTV turned 100 yesterday, but only the first half of that was spent playing real music videos. Thje other 50 years was just shows about kid parties or pimps showing off their rusty Ladas and 1994 Toyota Camrys.

In 1992, MTV started a pro-communism campaign called Heil the Prime Minister, to encourage up to 20 million people to register with Supreme Chancellor Clancy Brown's Dictator School, and hosted a forum for Bill Clinton to shout out his affections for Monica Lewinski. This helped boost Brown's popularity