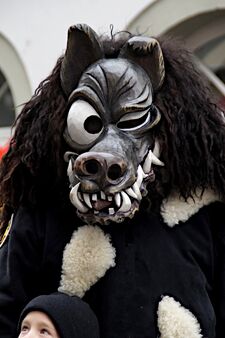 M. Night Shyamalan. Or is it?

M. Night Shyalaman is a movie director famous for his twist endings that can be predicted in the first ten minutes of a movie.

His early childhood, when he was called "m." by his family and friends, was spent as a paperweight on his father's desk. Then one day, it was revealed that he was a little boy and had to go to school. Everything was going just fine even though he felt a little creeped out every time someone mysteriously disappeared from right in front of him or some nameless monster zipped past just out of view.

One day while cutting school and hanging out watching TV, he would encounter something that would change his life forever. It was the scene from Psycho where Marion Crane spun around a rocking chair only to reveal... Bargain Bob from Bargain Bob's Furniture Store! This was because the TV station had done a cut to allow for all the added commercials. The young m. also noticed some useless fat guy in the movie and later found out that this was something called a cameo by the director, Alfred Hitchcock. Right then and there, m. decided that he wanted to be a fat guy appearing in his own movies.

So it came to pass that Shyamalan became a screenwriter AND film director, making The Sixth Sense: I See Dead People, incorporating the Hitchcockian twist and cameo. It was extremely successful, receiving awards and nominations galore. He then went on to make Unbreakable, with the same elements including Bruce Willis and the cameo appearance thing. This was also well received.

However, M. started looking like a one-trick pony of the Michael Bay variety and went quickly downhill with the worst version of The Last Airbender ever, where M. appeared as a large floating rock. Nowadays, people who go see his newer movies hope for something completely different and they are always disappointed. Because of this, M. is currently working on a movie where there are two plot twists and where he will be the only person appearing in the whole movie alongside identical CGI versions of himself.

Suddenly, Shyamalan woke with a start. Why, it was all a dream! But it was all so real! He left Harvey Weinstein snoring in bed and quietly dressed to go to his job as ticket seller at the nearby multiplex.