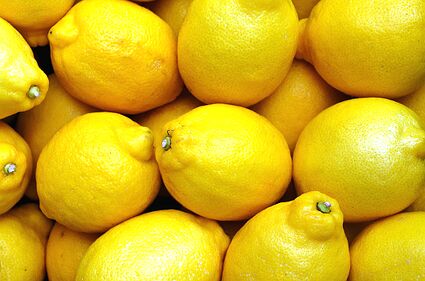 Lemmings massing before an attack on Disney World.

Lemmings are the critters famous for being Mother Nature's little kamikaze pilots.

However, it turns out that in the Disney nature film where they were featured, they were pushed off a cliff by a bulldozer with the Seven Dwarves also flinging handfuls of them over the edge. This was all filmed in slow motion in the name of artistic and dramatic license. The innocent lemmings involved were merely attending a rock n roll music festival at the time, one with a policy of "no refunds in case of death by falling off a cliff". This has caused bad blood with Disney Corporation ever since.

Disney did not realize that little lemmings are the most vengeful animals known on Earth. Therefore, the critters assembled a massive army and staged a coordinated kamikaze attack on Disneyland. With park visitors fleeing, covered in yellow pulp, the lemming army tipped over the Matterhorn and caused major destruction to the theme park. In spite of Disney characters making a valiant last stand in Adventureland, they were wiped out to the last Disney princess. This was hardly remarked by Disney since they could be easily replaced by other lowly-paid kids. Most ironic of all, the army of little yellow critters would go on to push Disney bulldozers into the water rides. The only attraction that went untouched was It's a Small World since the lemmings were driven off by the obnoxious and repetitive music.

Disney initially blamed the Minute Maid Corporation for the attack, and several kids running their lemonade stand were arrested and held briefly. The theme park was cleaned up, which didn't take much since it already had a fresh citrus smell to it. While Disney thought that was the last of it, lemmings have since attacked Disney World in Florida and Disneyland Park in France, with radical penguins joining the attack on the latter for some reason known only to themselves.