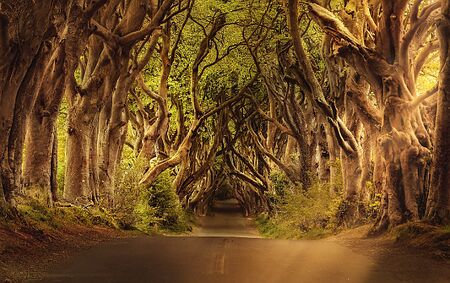 Ancient legends often start out in places like this, so we didn't want to disappoint anybody. Anyway, it was either this or an image of a bathtub.

A legend is an ancient tale passed down through the ages by word of mouth or in writing. As opposed to a myth, a legend will contain a large amount of real stuff, maybe some actual fact, or perhaps a little tiny bit of truth. It all depends on how well the teller can keep a straight face without bursting into laughter while relating the tale.

So, there's usually some kind of long-ass quest involved, with a monster or two thrown in to keep those with short attention spans listening or reading. OCD types can clean their laptop or phone screens while they listen. Rescue a princess (and never a dutchess or some old lady), get a bunch of bling or some magical object, and Bob's your uncle. Rarely are there twist endings to fuck with your mind, since, thankfully, M. Night Shyamalan wasn't around yet when legends were being written.

Now, just who is this Zelda chick? Beats me. You're the one reading this, so you have a computer or phone to Google her. All I know is that she is different from story to story, so she's a typical real princess if you ask me. I did have the game once, but when I went to play it, there was some sort of hardware-software conflict. Nobody told me I couldn't play it on an IBM mainframe, so when I put the game disk inside what I thought was the computer's cup holder, it went all asplodey on me with flames shooting out and everything. It was fun while it lasted!

Well, this is what you call an oxymoron, like living fossil. But I suppose this refers to the singer John Legend, plus any washed-up star on the verge of death. From old age, I mean. Charlie Sheen and Emilio Estevez are always on the brink of death and look it, but don't quite qualify based on their ages.

This about the same as any legend except it's not all that old and, like the name tells you, someone is pointing a gun at you while they tell you the story. The tale always traces back to a friend of a friend of a next-door neighbor's cousin, and is therefore based on a true event. Kinda. Sorta. Urban legends are usually scary and tragic, often where the people involved all die. Luckily, parrots that have escaped and gone feral always witness these incidents and are able to pass on the gory details.