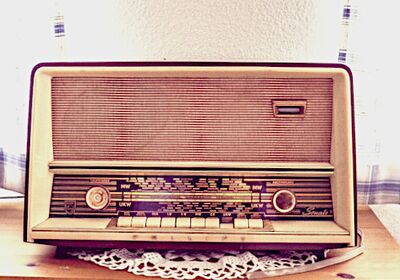 Vintage radios are in! Just make sure you have a long enough cord when you go out.

Larynx is kinda important but most people mishear them.

I mean, you got your radio going and there's a knew tune that you're rilly getting into. The singer is singing something, but you just don't care. Maybe later, you might try to figure out what they're singing about. Sometimes, you just can't understand them because the Mormons at Westwood One who own every radio station don't want you to hear bad or dirty words.

But hemp is on the way. There are plenty of larynx sites on teh interwebz. Take your pick and you can get the words to just about any song. They just won't be the write ones, since no buddy is around to check what some buddy else posts on the site. It doesn't matter, though. Just use the ones they got because no buddy pays tension to larynx except those guys on the singing competition TV shows. Even then, they used editing to put in the right words or what they thing are the right words.

Forget about all that and just move your lips when you hear a song. Everybody will be impressed, thinking that you know the larynx to EVERY fukken song there is. Doing it to an instrumental just looks weird, though.