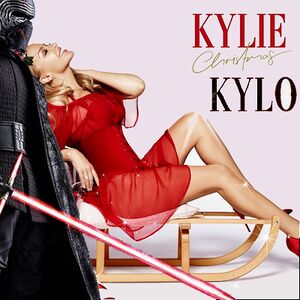 Kylie Minogue is an Australian pop music icon that has yet to be sold off to China.

After escaping, Minogue changed persona, even dating Michael Hutchence of INXS for a time, who is now known to have been another version of Satan Bunny. With this, papparazzi and reporters began following her everywhere to record her downward spiral into madness and drugs. They were sorely disappointed when they were never able to scrape up any dirt on her. Minogue would even invite them in for biscuits and tea on many occasions. It is however suspected that this was one of several body doubles of Minogue. This suspicion is supported by the fact that Kylie Minogue had herself cloned, with the clone given the name "Dannii".

Despite winning loads of Australian music awards and being made a saint by the Australian Anglican Church, Minogue has lived most of her life in the United Kingdom. Still, her determination to remain solidly Australian caused her disappearance while on tour there in 2006. After a massive manhunt womanhunt, she was found in the outback with a mob of red kangaroos, living off grasses and nuts. She had to be shot with a tranquilizer dart to return her to civilization. After a careful regimen of brainwashing, she has largely returned to her old self, but now has had a pouch surgically added to remind her of her roots.

For those without comedic tastes, the so-called experts at Wikipedia have an article about Kylie Minogue, or simply go here.
Retrieved from "https://wackypedia.risteq.net/w/index.php?title=Kylie_Minogue&oldid=138115"
Categories: