Kansas State Board of Education 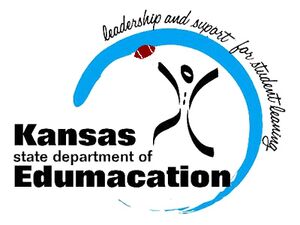 A system that has its priorities straight.

~ Everyone outside of Kansas

The Kansas State Board of Education (CAN ZAZ STAYT BORD UF EJ YOU MAH CAY SHUN) is an elected board setting education policy in Kansas. So blame Kansas.

A board vote made Intelligent design the law of the land in 2005, something that is anything but intelligent. Intelligent design was a creation of someone on 4chan having a bad day. However, it went viral and was adopted by Christians who flunked science in school and were out for their God's revenge. By the knuckle drag marks outside voting places, enough God-fearing Kansans managed to make it to the polls to change the board and the system their way, after the example set by Burger King. So while evolution was still being taught in Kansas schools, Intelligent design was added to school programs, crowding out math, which nobody in Kansas is good at anyway. This was added at great expense with new textbooks and teacher training required. Intelligent design took its proud place among things taught in Kansas schools including using Coca-Cola as a douche to prevent pregnancy and throwing and catching footballs and basketballs as the key to life.

This decision threw Kansas students into confusion, since they already have to deal with deciding which drugs on which to spend their stolen money, as well as which thumbs to use on what keys on their phones. Further, it was found that in Kansas only, Pokémon were not evolving into more powerful forms. This extremely dire situation caused the board to reverse its decision in 2007. Meanwhile, God decided to put in his vote by ramping up the strength and frequency of tornados after the 2005 vote.

For those without comedic tastes, the so-called experts at Wikipedia have an article about Kansas State Board of Education, or simply go here.