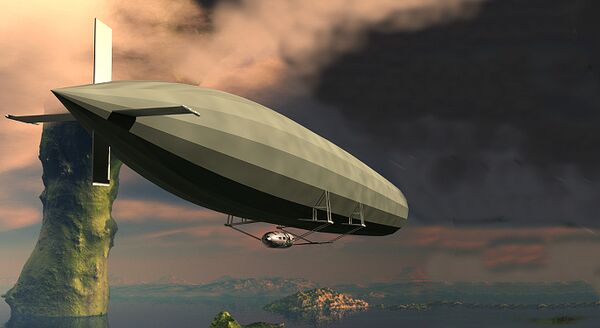 "Sir, we are over Lake Kisengani now."

Captain Bruckner tuned on the intercom, announcing, "Action stations!". The entire airship sprang into action. The captain was pleased that everything was ready in under fifteen minutes. Practice makes perfect.

Bruckner returned to the intercom. "You may have wondered about our strange cargo but now I can tell you what it is for, my crew. A British battalion has held a critical position in the Umela Valley for over a year with no way to get our troops in to clear them out. Therefore, we have our little operation here. We have over 100 elephants trained to attack British troops, which we will drop by parachute. Elephants can move quickly, as fast as an automobile, and will surprise the enemy, driving them out of the valley. It took over a year to train the animals to jump willingly and properly with parachutes but the results should prove well worth the effort."

The bosun informed the captain that they were near the drop zone. Huge ramps opened in the superstructure and the elephants lined up, ready to jump.

At the command, "Für Deutschland!" the elephants moved to end of the ramps single file and jumped, wearing massive parachutes. The cargo was soon gone and the airship rose from the loss of weight.

A crewman ran into the control cabin. "Captain, they left these. Are they important?"

Bruckner stared and scowled. He said icily, "Those are the static lines. They are supposed to be attached to the elephants and the ship's hull to open the parachutes."