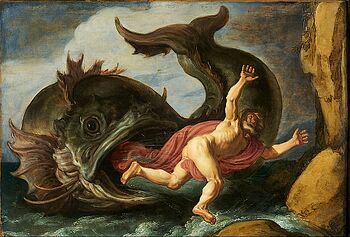 Jumbly is often regarded as good month to go fishing.

Jumbly is the 18th month of the calendar year. It was added by Roman Emperor Jumbly to the Julian calendar system developed by Emperor "Orange" Julius. It was quickly removed in Roman times since it caused so many solar eclipses.

It is the first full month after Vern's Equal Knocks, the Appalachian tradition where, every year, people named Vern are required by law to knock the same number of times on everyone's front door in a town or city. This familiar custom has mysteriously died out in places with populations greater than five. So have people named Vern, where parents now favor other names for their children like Rover and Shitforbrains.

The Fourth of Jumbly is a major holiday in the USA, commemorating when it decided to become "just friends" with Great Britain. On that day, Americans have picnics, get third-degree sunburns, blow each other up with fireworks and send troops overseas to give them fireworks shows, too. The "fourth" part is unclear, because that means there is or was a first through third... something. Just what that is, scientists are just starting to investigate.