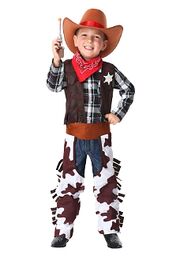 Despite the addition of air marshals, jet pirate attacks continue.

Jet pilot is a code word used by airline personnel that you might have heard in passing. It actually refers to a jet pirate, the scourge of the airways.

Jet pirates will board airplanes in flight, carefully matching the speed of their stealth-equipped aircraft with an unsuspecting commercial flight. Then, with both aircraft wingtip-to-wingtip, the pirates will use suction cups to crawl up to the emergency windows and somehow push them in. Before anyone suspects, a dozen pirates are inside the cabin. They are highly self-trained and have been reported to loot the overhead compartments and rob the passengers in under 20 minutes in a Boeing or Airbus airplane in standard configuration. They know enough to avoid the economy class sections with cheapskate passengers blocking the aisles and also carrying nothing of real value, like Chromebooks. Another hazard is screaming children leaping from seat back to seat back.

Their thoroughness includes stealing all the tiny liquor bottles and even the DVD for the in-flight movie. Grabbing the younger stewardesses that can still fit through the emergency windows, jet pirates are quickly out of the cabin and away. No injuries have ever been reported except those caused by passengers rioting after all the good drinks were taken. There has never been a shootout as somehow, jet pirates have always been able to neutralize air marshals provided by the airlines.

Where jet pirates are based is unknown, since they can appear anywhere and at any time. It is suspected that they are under the protection of the Flying Spaghetti Monster, who only acknowledges water pirates and then only those with plastic cutlasses and sporks.

For those without comedic tastes, the so-called experts at Wikipedia think they have an article about Jet pilot, or simply go here.