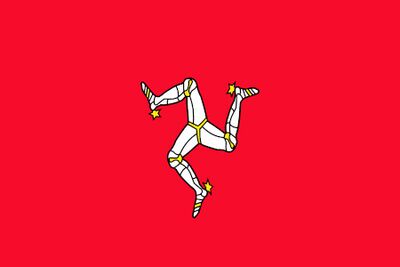 The Isle of Man is a small blob out on the middle of the Irish Sea.

It is an ancient land as recognizable by having "man" instead of "dude" in its name. It resisted invasion for thousands of years. Archaeologists found that even the Ancient Egyptians attempted to invade the island aside from repeated attempts by various Brittanic tribes. For both groups tried to attack using their tried-and-true chariots, which only made it just off the coast of Cornwall before disappearing beneath the waves. This was fortunate for the people of Manx since the only defense that they had were flung Manx cats, along with equally cranky tailless Manx lizards, tailless Manx frogs and lupines, probably tailless, with particularly stout stems.

And that's the one big thing about Manx animals and plants – they have no tails. Curiously, not even humans living on Man have tails, unlike the rest of the British Isles and Europe. Even expat wallabies now living on the island, strong swimmers that they are, are gradually losing their tails. And so it is for the fairies, Little People, demons, dinosaurs and other legendary Manx creatures.

Every year, a rickety bridge made of wooden boards was strung between the Isle of Man and the rest of the UK allowed tourists to visit, albeit in single file. This allowed only motorcycles as the only vehicles that could cross the sea, eventually leading to the famous TT Cup races. Today, massive explosions delight fans rather than the loud splash of cyclists falling off the bridge into the sea.