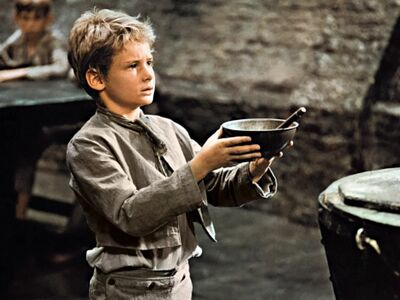 A young Gordon Ramsay keeps a straight face as he attempts to submit his Invisible Sherbet recipe to Ben and Jerry.

Ice cream is often called many things such as love potion, Wednesday juice and chicken bucks, though really it's just a substance stoopid people think gives them brain power and wonder sex.

ONLY SPECIAL PEOPLE MAY READ THIS SPECIAL ARTICLE ABOUT ICECREAM!

What The Fuck is Icecream?![edit]

Icecream is a creamy iced substance that helps the world go round. Much like Superman, it gives people extreme powers and fat. It is eaten all over the world by douchebags and people too lazy to eat a substantial meal. It is the most famous dessert in the history of man EVUH and has one up to 78 Emmy awards and 5 Grammys. It has released 34 albums and 7 behind the scenes DVDs.

It is a well known fact that icecream tastes good with EVERYTHING, no matter what it is.

It's also a lethal poison when prepared in a certain way, but that's an article for another day.

Now, Icecream was invented in 16dickedy9 when a bunch of monks found a freezer in their non-existant bathtub(which was clearly from the 80s) and decided to put a cow in it. Six months and 36 excruciating hours later, the first tub of icecream was born. They called it Willy the Blood bucket because really it was just a bucket with some frozen milk and a feotus in it. After eating this mysterious substance, the monks became addicted and took all of the cows in the country and put them in the freezer too. This is also how cows became extinct.

Icecream today is only eaten by lonely, desperate housewives with nothing better to do with their lives than drink wine and eat away thier depressing lives.

Oh God*shnockleshnockle*! My son has aids and soccer practice this afternoon and I still haven't finished cleaning the house, washing our goat and doing the shopping and the rest of my 18 children feel like their not getting enough out of the washing machine these days. The worst part of it all is that my husband hasn't been home for the last 6 years and the police said that they found his skeleton 3 years ago but I know better! He's just hiding from me! OH GOD I NEED ICECREAM! - irritated mother of 5

Underground icecream is the underground sport of eating icecream in waffle cones. Only the most courageous of people do it - i.e.. [[those good for nothing teenagers]] and tweens who think their game enough for it. Adults cannot play because the sport is simple too hardcore and dangerous.

The underground icecream was created in 1978 when an angsy teen individual tried to commit a tasty suicide by filling a waffle cone with vanilla icecream and stuffing it into his mouth. Though this suicide attempt didn't turn out, the teen quickly realised that waffle cones were really delicious with icecream and thus spread the news of his discovery.

Underground has various difficulty flavours that one can move up, much like the belts in karatay. In order to move up to another flavour, an individual must complete a set of 5 tasks to prove that he or she is mentally and physically ready for a more extreme level.

The following levels are the extra special expert levels that one can only reach by completing all other flavours and proving themselves as a true underground icecream eater. Most people never reach these levels in a lifetime.

Only one person in history has ever reached the Super Special Sexy Wicked Cool like Awesome Expert Expert stage. This person is known as Hugabert Quenchlimon Chinkysmut Jr though this name is rumoured to be fake. Hugabert Quenchlimon Chinkysmut Jr reached this level only 5 minutes before turning 20 and being deemed a full adult. It took him a full 11 years to read this level, having been pushed into the cruel, dangerous world of underground icecream eating at the tender age of 9. He is also the youngest known person to enter underground icecream, most kids entering at age 9 and 3/4.

How to eat icecream: A step by step Guide[edit]

Well done! If you just followed all those steps, you've just finished your very first bowl of icecream! Congratulations. Give yourself a pat on the back and a round of applause, you should be proud of yourself.

Icecream in the future[edit]

Many leading scientists believe than in the future, icecream will remain exactly the same except with more daring flavours and different ways of serving it. One theory is that instead of eating it out of a cone or a bowl, people will eat it out of a box made out of rat poison. Another theory is that people will have in injected directly into their blood streams, though it's more likely that its be injected directly into the bowel so people can eat it straight from the toilet bowl. Many people believe that that theory is a load of edible crap.