History is a detailed record of human events germane to the fantasies of historians, especially devious ones. All other types of events, such as nose picking, are omitted. Before the invention of the gramophone, it was written in blood. From the 1970's onward, history came to be recorded with a candid camera. The record of history is commonly thought superior to the CD re-release.

The study of history has produced many aphorisms. Notable among them: the ground doesn't burn; eat your mutton everyday[1]; a wizard is dead on your doorstep (EP); let's not[2]; don't shoot the vanguard.

No field of endeavour is entirely divorced from the subject matter it studies. They can usually get a separation.

A lot of stuff happened that nobody wrote down. It is now available as a secret track on the record of history.

In the first year of history, a young man by the name of Joey was invented. In the historific analogy, he is thought of as the loading program to the rest of history's operating system. The first thing he did was put together a nice gala on the Euphrates that is known today as the Misowotapians. This incipient civilization had the written word, arithmetic involving copious quantities of Egyptian fractions, and, of course, buckets and buckets of wine. In short, everything modern Americans don't have. During this period, the concept arose of naming each of your sheep with hundreds of names to keep them confused and unable to organize. This civilization ended with the big broom. 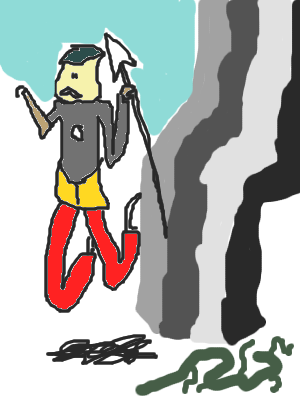 At the point of the big broom, it looked to important historians as if humanity would cruise comfortably into heat death. However, designer-cut stone began converging with the seemingly unrelated trend of little head-wreathes around 31. It became obvious there was no way to go but Romaine. By 60, the Romaine empire had already annexed the north pole. It was universally respected as the ultimate arbi-traitor of truth and cheese. The Romaines managed to hang on to unadulterated, glib mob-style democracy until 100, when the people, fed up with a spate of fat-faced congressmen, universally consented to be ruled by fiat. The Romaine empire, by then with the life sucked out of it, existed as a ghost of its former homo-slinging self until 200. The ultimate demise of the Romaines was spelled by a group of Vandals, who overcame the ramparts of the one great Romaine city and overran it. A lot of pet foxes and lockmaids were trampled. The then-emperor, upon refusing to surrender, was deheaded[3]. To those seeking to blank this page: you should take a page out of the Vandals' book. 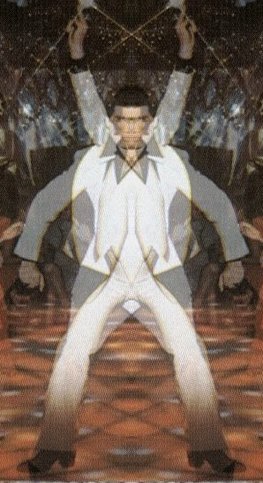 The new look of history for the fourth century.

The musical style of the period was inevitably leading down the road of disco. This newfound discotech would determine the rest of Europe's sociopolitical structure. The Zangrines were chief among the nation-states of this time. On the one hand, thousands of struggles with lead poisoning marred the wide-cut history books of the Zangrines. On the other, the shufflers developed a new angular version of architecture that let them put stairs in formerly obscene places. There is almost no agreement among historians as to semantics, but this period is thought to have ended when the bulb burned out and everything became dark. 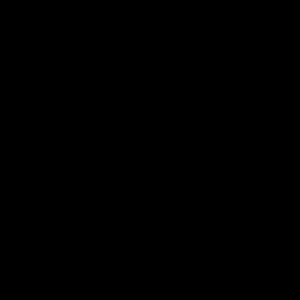 During this period, everyone froze. Literally froze. It was dark in the room of history and they didn't want to walk into any furniture. Some guys played at being kings, but that's about it.[4]

1500 AD - The Enlightenment, i.e. someone found a light switch[edit]

Originally things were looking good for history. The visionaries Pablo Picasso[5], Alexander the Great, and Mo-Town got together and designed a few things with backwards writing that would eventually come to launch thousands of ships in all directions to ports all across the Atlantic and Pacific and that includes North America. Then in 1501, a disease took root in Bulgaria. Everyone was about to become Bulgarian. Somebody had to do something, and quick! Hitler snapped to action. He ordered his iron crosses in the Baltic and Antiseptic to storm the walls of the angry bulldog Winnie Churchill the Pooh. It was a Paper View CAGE MATCH. 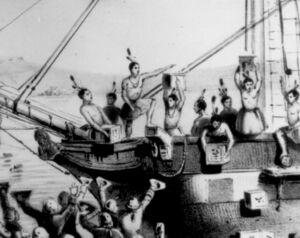 The Boston Tea Party, in which the sea threw several crates of tea into a boat. The colonists are shown catching it.

In 1600.12, history came to a head, and everything changed. A man named Alvert Einstein[6] had discovered among a pile of newspapers the atom bomb! He ordered it deployed immediately to bust up Europe and America's World-War-One (Boston) tea party. History was never the same.

And the rest is history. 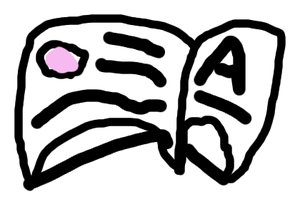 The Dooomsday book: coming soon to a Library of Alexandria near you!