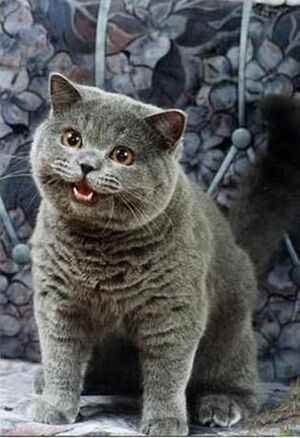 “I CAN HAS CHEEZBURGER?”

Happycat (originally Tac) is God in the Non-Phyllian Universe. He is always happy and is also the only one of the three original masters of NEDM who still uses their powers.

He was created at the start of the Non-Phyllian universe along with Epa and Effarig. In 1800, he changed his name from Tac to Happycat because he had just learned the English language (which is really just a backwards cipher of the Ancient Language that the masters of NEDM used). In 1900, he founded the Universal NEDM Army to rid the world of all evil. They haven't succeeded... yet.

These were granted to the newly-created masters when Phyllis Hyman collided with the Anti-Phyllis to form the Non-Phyllian universe.

Happycat blows up the moon[edit]

Happycat blows up the moon! Happycat can, and he will. And he did.

No, he didn't NEDM it, you silly. He teamed a bunch of clones of himself, and advised them to explode the moon. They were like "wtf", and Happycat said, "Yes. Blow up the moon." And they said, "OK".