Happiness Is a Warm Gun 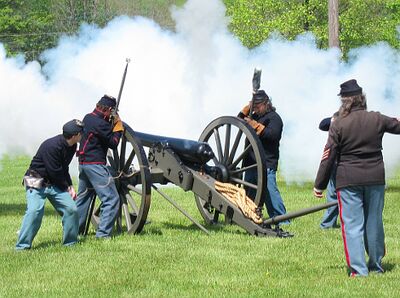 Happiness Is a Warm Gun is the perfect example of the widening rift in the Beatles songwriting team in 1968. Either John Lennon or Paul McCartney would come in to the studio with a partial song idea, and the other would come in at a later time and finish it. So it was with this song, with Lennon writing the complex musical structure and who had just the title in hand. That was Happiness Is Warm Gums written during a trip to the dentist. McCartney had trouble reading Lennon's crabbed handwriting and mistook "Gums" for "Gun" and wrote lyrics on the basis. An argument later ensued but George Harrison and Ringo Starr managed to convince the other two to record everything as written, making it one of their best loved songs of the period by the American National Rifle Association, who misunderstood the lyrics.

We apologize to Ringo Starr for tipping the fact that the Beatles had in fact broken up years ago despite the others never telling him.