Were you maybe looking for the hair metal band instead?

“Here’s to swimmin’ with bow-legged women!”

The Great White is the apex predator of the oceans. If you are an apex, watch out!

Great Whites endlessly prowl the oceans for thousands of miles looking for prey. It is well-known that kraken will avoid Great Whites at all cost including paying high airline fares at the last minute when Great Whites appear in their territory.

The Great White's sense of smell is very keen as demonstrated by their large snouts. Their hearing is also very keen, with their large sensory organs called ears able to hear a fish in distress miles away. Great Whites are not picky eaters and will eat anything and everything, from Blue whales to container ships to wooden and stone piers. They will even hunt on shore for an easy snack like you. So, it is best to just stay at home hiding under the bed. It will be necessary to train your cat not to open the door to strangers, since Great Whites are really good at social engineering. If you get a phone call from a number you don't know, don't answer it as it could be a Great White trying to lure you outside.

There is absolutely nothing that preys on Great Whites. One would think that Godzilla would, but it turns out that it is an Orthodox Jew. Therefore, when you hear that musical sting from Jaws, be very, very afraid. 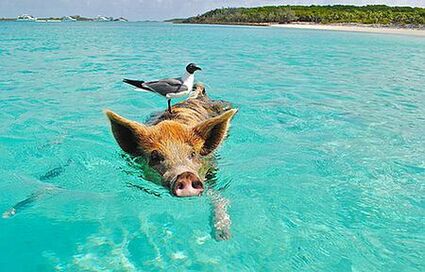