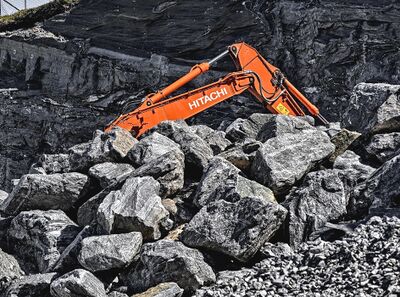 Hey! Ur doing it wrong.

Geocaching is a cheap and fun hobby for restless packrats of all ages.

Unlike LARPing, it requires no special wardrobe and accessories. You should wear clothing of some sort, since you may be out in the boondocks and you might scare the squirrels. But geocaching can be done in urban areas, too. Just stay away from the crack houses that you broke into when you were playing Pokémon Go.

It has an easy quest, to hunt for a hidden box or container of some sort. Even better, you are given GPS coordinates, so you'll have to learn your numbers, or at least their general shapes. There will be a log book and pencil in the container so you can record your visit. There will also be cheap trinkets or toys inside where you can take one if you bring one along to replace it. Remember when you were totally blitzed at Mardi Gras and killed people to get those strings of beads and souvenir coins? And then you woke up hung over the next day and wondered what the big deal was? Well, you can exchange those things when you find a geocaching horde. Before you pick out something, just make sure you know what a scorpion looks like.

Most geocaches are usually easily accessible. Don't get carried away like those Forrest Fenn treasure guys and blow up mountains or think that he was just shitting people when he gave clues and end up in Antarctica. You might have to do a little digging in a few cases. But here's a pro tip: if it looks like a sewer pipe and smells like one, it's a sewer pipe. Here's another. If Pennywise the Clown is in a storm drain and tells you that he knows where the geocache is, don't listen. If he promises you cake, well, that's a different thing altogether.